After a turbulent three years and four months without a music director, the Seoul Philharmonic Orchestra (SPO) finally named Finnish maestro Osmo Vanska as the next person to wield the baton that was surrendered by maestro Chung Myung-whun in December 2015.

Kang Eun-kyung, the CEO of the Seoul Philharmonic Orchestra, held a press conference on Thursday at the Sejong Center for the Performing Arts in central Seoul and revealed the appointment, stressing that the procedure took three years in an “effort to carefully and comprehensively reflect the opinions of all the orchestra members, employees of the orchestra foundation as well as industry insiders.”

“Witnessing several rehearsal sessions maestro Vanska had with the Seoul Philharmonic Orchestra members when he visited Seoul as a guest conductor in the past year,” said Kang, “I’ve noticed such great harmony between them that I had confidence that he was the person the orchestra currently needs.”

Vanska’s three-year term with the SPO starts in January 2020. Currently, he’s the music director for the Minnesota Orchestra, where he has been since 2003.

Because his term with the Minnesota Orchestra ends in 2022, coinciding with his term at the SPO, some classical music critics in Korea have raised eyebrows about whether the maestro can be fully devoted to the orchestra while juggling both roles.

“I do not have worries about that,” Kang insisted. “He earned himself a nickname ‘Orchestra Builder’ due to the passionate devotion he shows to an orchestra.” 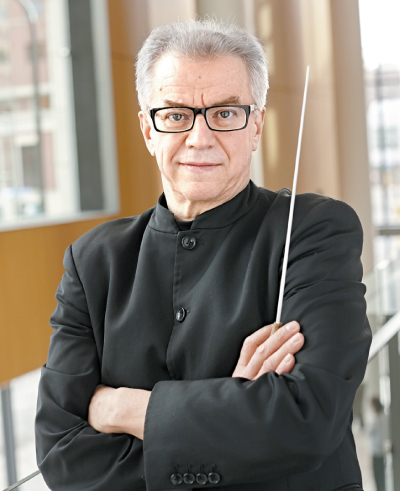 Wolfgang Fink, the orchestra’s newly appointed artistic adviser who has been working with SPO since last November, also said that maestro Vanska is known to be very loyal to the orchestra he works with and that he is also confident that Vanska is the perfect fit for the orchestra despite his dual role, because he “really understands the orchestra from the inside.”

To make sure the orchestra maintains its stability, Kang said the orchestra has decided to extend contracts with the two maestros - Markus Stenz, the conductor-in-residence, and Thierry Fischer, the principal guest conductor - for one more year. They’ve been in those roles since September 2016.

One more associate conductor will be appointed within this year, Kang said. It will likely be a young Korean conductor.

“It’s been a year since I was appointed as the CEO of the Seoul Philharmonic Orchestra and I personally believe I am taking step by step procedures to make sure the orchestra becomes ‘sustainable that harmoniously realizes both artistic and public demands,’ which was my inauguration vision for the orchestra.”

When the new maestro takes offices, Kang said she’ll closely work with him to make sure SPO is “up to a global standard that satisfies both artistic and public demands.”