Biegun may discuss food aid for North on visit

Biegun may discuss food aid for North on visit 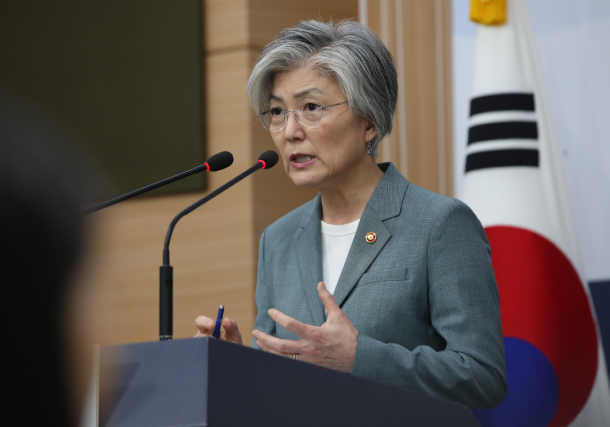 Stephen Biegun, the U.S. special representative for North Korea, is expected to discuss humanitarian support including food aid for North Korea in a visit to Seoul soon.

Biegun is expected to visit Seoul from May 8 to 10 for bilateral working group talks, according to multiple diplomatic sources Thursday, marking the first visit by a U.S. nuclear negotiator to South Korea since the second North Korea-U.S. summit in Hanoi, Vietnam, collapsed at the end of February. The talks could include more detailed discussions on provision of food aid to the North.

Despite Washington’s insistence on adhering to the stringent sanctions on Pyongyang, U.S. President Donald Trump at his summit with President Moon Jae-in in Washington last month indicated that he is open to humanitarian aid to the North.

“We are discussing certain humanitarian things right now, and I’m okay with that, to be honest,” Trump told reporters on April 11. “I think you have to be okay with that. And South Korea is doing certain things to help out with food and various other things for North Korea. And we’ll be discussing different things ...”

A South Korean Foreign Ministry official said Thursday, “We are in the final stages of discussing the schedule and detailed agenda with the United States,” for the working group talks on North Korea’s denuclearization.

South Korean Foreign Minister Kang Kyung-wha said in a press conference Thursday, “We are continuing to fine-tune the schedule and agenda for Representative Biegun’s visit and looking forward to various comprehensive discussions related to North Korea.”

“South Korea and the United States share the goal of complete denuclearization of North Korea, but there can be differences in positions in the process of cooperation, which is why we need continued dialogue,” said Kang.

Some analysts see Washington as holding humanitarian aid as a bargaining chip to resume dialogue with North Korea amid the current impasse in denuclearization talks.

North Korea is facing food shortages and humanitarian needs due to a heat wave, a dry spell, a typhoon, floods and landslides. According to the International Federation of Red Cross and Red Crescent Societies, more than 10 million North Koreans suffer from food insecurity, under-nutrition and a lack of access to basic services.

North Korean Ambassador to the UN Kim Song in February delivered an emergency request for food assistance to the United Nations right before the Hanoi summit, stating in a memo that his country could be short of 1.48 million tons of food this year. He blamed the shortage of food on natural disasters including high temperatures and drought last year. The total food production in North Korea, according to Kim, amounted to 4.951 million tons as of the end of last year, down by 503,000 tons since 2017.

There has been speculation that the two sides may discuss the provision of $8 million in humanitarian aid to the North, an amount allocated by the South Korean government in September 2018 to provide support through international organizations such as the United Nations World Food Programme (WFP).

But a Unification Ministry told reporters in Seoul Thursday, “Our government’s stance remains unchanged that humanitarian assistance needs to continue to improve the humanitarian situation for the North Korean people, a position also shared by the United States.”

The official added, “However, at the current stage, we are not considering food aid on a government level.” It will instead “actively support humanitarian aid at a civilian level.”

Likewise, the official said, “Related agencies are in the process of discussing including the issue of North Korean humanitarian assistance on the agenda in the South Korea-U.S. working group talks.”

Even if food assistance happens, “it will be through the WFP or other international organizations, and not at a government level,” according to this official.