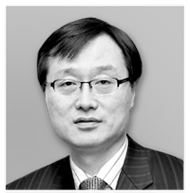 There had been expectations that the Moon Jae-in administration would finally change course in its economic policy amid a plethora of worsening data. Deputy Prime Minister for the Economy and Finance Minister Hong Nam-ki apologized after the gross domestic product (GDP) contracted in the first quarter against the previous three-month period. “We will mobilize all possible policy means,” he stressed.

Yet it is too early to expect the liberal administration to change the pro-labor, anti-corporate polices it has been pursuing under the bold income-led growth slogan. Its actions — such as excessive market intervention, price control and a resort to fiscal spending to help revive the economy — appear to be intact amid strong defense by the president and his aides. Despite repeated demand for policy changes and warning of a looming crisis, government authorities simply recite the mantra that our economic fundamentals remain strong and a rebound will start once fiscal expansion kicks in.

They plead for patience as the economy will pick up once it passes the low point in the business cycle and external volatility subsides — thanks to the sound structure of the economy. It is unclear where such confidence comes from. They shrug off all the complaints and concerns in the market and business community simply as a whining from the haves. They say they were cheated many times by talk of crisis from chaebol, the media, and bureaucrats by the end of President Roh Moo-hyun’s term in the 2000s. 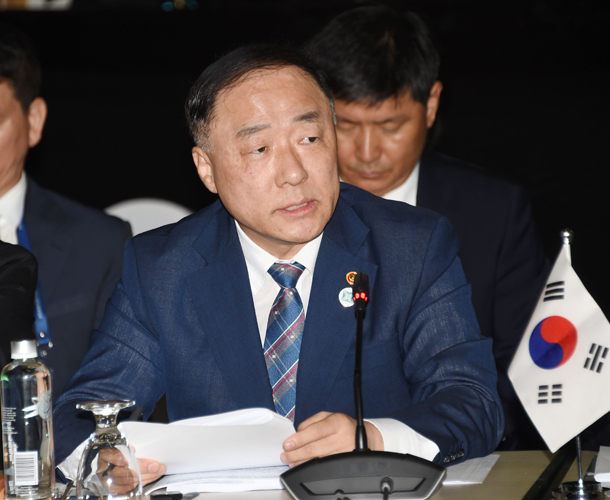 On May 2, Hong Nam-ki, deputy prime minister for the economy and finance minister, speaks at a meeting in Fiji of the finance ministers of Korea, China and Japan. He said the Korean economy still has strong fundamentals despite growing concerns about it. [NEWS 1]

They are also committed to their economic policy as if they owe much to the “candlelight vigil revolution” that removed a corrupt president and put the liberal force in power. They are proud of the birth of the liberal administration through the mass rallies from late 2016, which led to the Constitutional Court’s endorsement of presidential impeachment and victory in a snap presidential election in May 2017. They attach as much historical significance to their election victory as the first postwar civilian revolution — the 1960 student uprising against the country’s first elected president Syngman Rhee. Their adherence to a “revolutionary” government identity can explain many things about their actions. They are obsessed with the work of “undoing and eradicating” past wrongdoings. History shows that revolutionary forces tend to purge the people involved in the past regimes.

Revolutionary governments are mostly committed to addressing inequalities in the economy. To achieve the goal, they dig into national coffers to share the riches with the underprivileged. As they believe fiscal danger comes from the rich, they opt to punish them with taxes.

They put off the work to enhance long-term national growth and competitiveness because they have more immediate goals while in power. Their talk of innovation-driven growth is all rhetorical. They can hardly reform militant unions as they helped the liberal government come into power.

Activists-turned-policymakers who had never been directly involved in activities would have naive faith in the resilient Korean economy. “There was not a moment when our economy was not in crisis. It has always bounced back,” they insist.

Yet the signs this time are ominous. On top of unfavorable external conditions, domestic challenges — weakening competitiveness of our manufacturing sector, plunging growth potential, worsening job environment and rapidly thinning working populations — all bode badly for the economy. The government’s wage-driven growth policy would most likely help invite an unavoidable economic crisis.

Instead of preparing a future vision and strategy, the government is bent on wasting past accomplishments. As a result, economic players are going astray without a captain of the ship. It is no wonder investment is in the doldrums.

The economy is expected to do worse. Growth could fall below 2 percent. Fiscal spending cannot be a panacea. It is a quick fix.
Policymakers must tour the business sites and face reality before it is too late. Their blind optimism cannot help the economy or the people. They must speak frankly about challenges of our economy and seek support for austerity measures. The government must work toward social consensus to realign the economy to new industries. That would the be true mission for a revolutionary government.