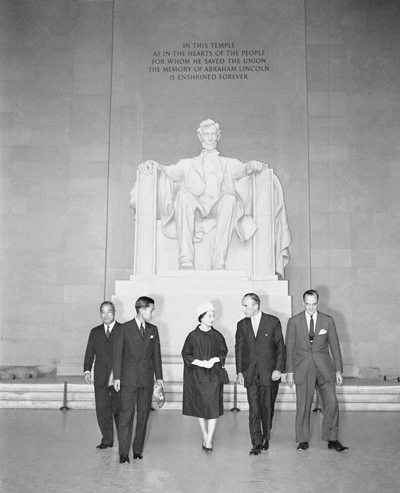 As I heard Japanese Emperor Akihito’s abdication speech, in which he said, “I am thankful to the people who accepted and supported me as a symbol,” I thought of some Americans. The first was Richard Poole. Shortly after World War II, then U.S. Navy Lt. Richard Poole was involved in the drafting of Japan’s “Pacifist Constitution,” especially the clauses on the Japanese emperor. He defined the emperor — who had been a divine figure — as a “symbol of state and national integration.”

Of course, the idea must have come from Gen. Douglas MacArthur, Supreme Commander for the Allied Powers. He turned down the demands from the Allied Nations that Emperor Hirohito had to take responsibility for the war, to abdicate or be dethroned. MacArthur thought it was the only way to make the disarmament of the Japanese military and a pacifist constitution possible. In a secret telegram, he wrote that the emperor was a symbol unifying the Japanese people, reported The New York Times.

I also thought about Elizabeth Vining, a Quaker who had been a tutor to Crown Prince Akihito for four years from 1946. Just like any other kids, the crown prince was called by his name, “Jimmy,” in her class. It is said that Akihito is more liberal and pacifist than his Japanese peers because of Vining’s influence. Vining thought that Hirohito chose her. But it was actually a decision of the U.S. military government. It is reported that MacArthur directly asked Vining about her education of Akihito.

Post-war Japan was created through this process. Ian Buruma, an expert in Japanese studies, wrote that the price of pacifism was complete dependence on others to protect Japan and the rightists. He claimed that the problem is the constitution itself. We often focus on the unpleasant side of Japan. Yet there is a complicated and delicate context for us to understand. The thought struck me as I watched the succession of Japanese emperors.