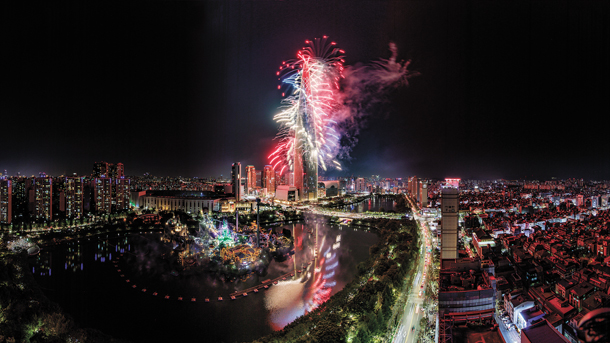 A fireworks show was held at the Lotte World Tower in Jamsil District, eastern Seoul, on Saturday. Organized for peace on the Korean Peninsula, the show started at 8:30 p.m. and lasted nearly 12 minutes. Hanwha and Group F - a French fireworks team that has put on shows at the Eiffel Tower in Paris and the Burj Khalifa in Dubai - staged the performance. According to Lotte, one million people enjoyed the show including those who saw from distant parks. [LOTTE PROPERTY & DEVELOPMENT]