President for the day

President for the day 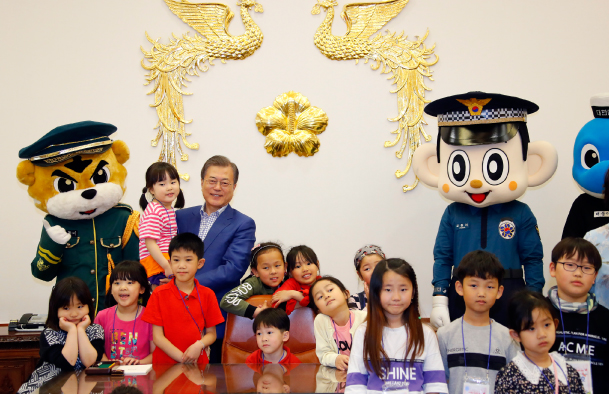 President Moon Jae-in poses for a photo with a group of kids at the Blue House to mark Children’s Day on Sunday. Moon invited around 180 young people, including those who were recently affected by a massive wildfire in Gangwon, descendants of independence activists during Japanese colonial rule of Korea and the children of firefighters, policemen and veterans. [Yonhap]