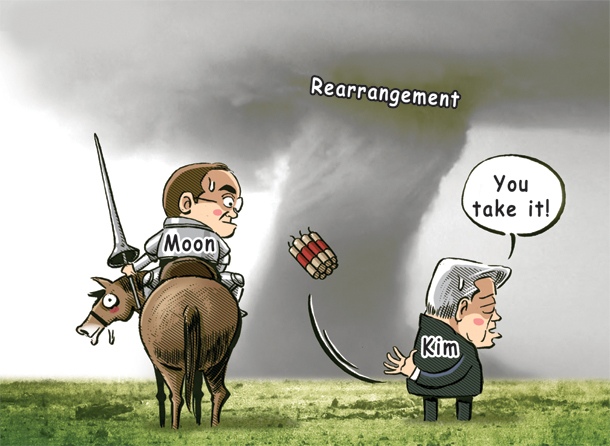 Prosecutor General Moon Moo-il and Rep. Kim Moo-sung have one thing in common: Both are fighting the government. While Moon opposes the government’s fast-tracking of bills rearranging investigative rights between the prosecution and the police, Kim has threatened to destroy the Blue House with dynamite used to dismantle river weirs built during the Lee Myung-bak administration.