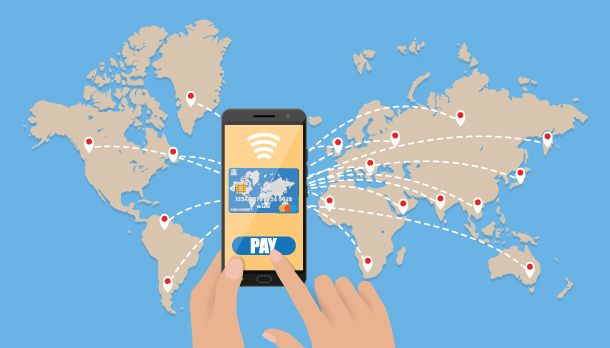 Korean shoppers - just like their peers in other countries - are spoiled for payment options offering loyalty rewards and services.

Once travelers go abroad, their carefully hoarded stockpiles of rewards no longer work as they do in Korea, other than the notable exception of airline and hotel programs that provide travel benefits.

KEB Hana Bank, the country’s fourth-largest bank by net profit, sees this problem as an opportunity. It is working to use blockchain technology to facilitate the cross-border use of different types of digital assets, especially as the number of outbound Korean holidaygoers has reached an all-time high every year since 2009.

In its Global Loyalty Network (GLN), Hana Members points can be used at foreign retailers. Overseas, the points work simply as points with no currency conversions required.

At home, the KEB Hana rewards program allows for the buying of items with points and for discounts. Participants include McDonalds, Ediya Coffee, CU, Shilla Duty Free, Lotte Duty Free and Tmon.

“When you travel around, you want to keep your belongings light and don’t want to face the hassle of finding an ATM machine or the high fees of credit cards,” he said. “The idea of the service is to allow tourists to make transactions using their points from their home country only with a click of their mobile.”

This year alone, Hana aims to open the loyalty service in a number of Asian countries frequented by Korean travelers, such as Japan, Vietnam, Thailand and Taiwan.

The first destination for the service is Taiwan, which has experienced a huge influx of travelers from Korea.

Han added that the GLN project is the first such service in Korea to enable borderless use of digital assets.

Market trackers have highlighted the potential of cross-border points as the number of transactions will likely receive a boost with the rise of tourism globally.

Taiwan first, then the world

In its latest push, the bank introduced the blockchain-powered service in Taiwan last month in partnership with major retailers and banks.

Partners include Taishin International Bank, Ever Rich Duty Free and open-air traditional markets, which means that Hana’s clients can make transactions at these locations using their bank rewards points.

The bank is in talks with Family Mart, RT-Mart, a supermarket chain, and Shin Kong Mitsukoshi department store to initiate the service in Taiwan.

Han says that Taiwan is a good place to start, given the rising number of Korean tourists and travelers from other Asian countries.

“Not only do more Koreans visit there, but so do people from neighboring countries like Japan and China,” he said. “The region is also open to new technologies and services.”

Tourists numbers to Taiwan have been increasing rapidly, with annual arrivals from Korea having reached the one million mark in 2017 for the first time. Only 350,000 Korean travelers went there in 2013, but the number broke 500,000 in 2014. 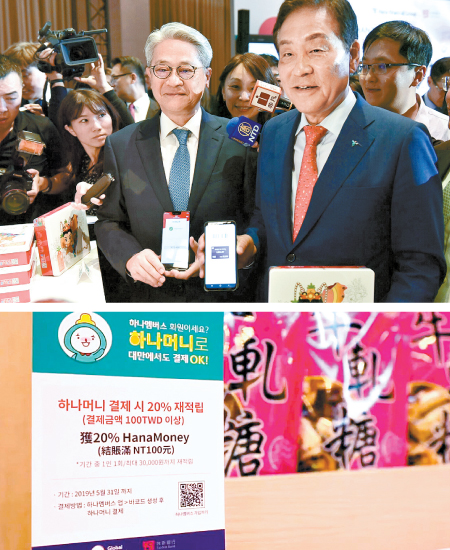 The upturn reflects the rapid expansion of tourism globally. Total international tourist arrivals grew 6 percent in 2018 to 1.4 billion, according to the report by UN’s World Tourism Organization. The agency had forecast that the 1.4 billion mark would be reached in 2020, yet “the remarkable growth of international arrivals in recent years has brought it two years ahead.”

KEB Hana hopes to seize on the global trend by extending the loyalty program to locals in Japan and Taiwan via partnerships with banks of respective countries.

“Going forward, we will let clients not only from Korea but also from other countries use the GLN platform so that they can make transactions abroad via mobile devices,” said Kim Jung-tai, chairman of Hana Financial Group, during an opening ceremony for the service in Taiwan last month.

To enable the expansion, partnerships are the key. So far, more than 30 financial institutions and retail companies from some 10 countries have signed up, including Taishin International Bank in Taiwan; Siam Commercial Bank of Thailand; Central Group, a Thai retailer; a Chinese online travel portal; and Mizuho Bank and SuMi Trust Bank, both from Japan.

Han said that the bank won’t need to contact all major retailers, since an agreement with one company can lead to multiple retailers that share a common rewards program.

The bank said that the service will open in Japan, Taiwan, Vietnam and Thailand possibly within this year. 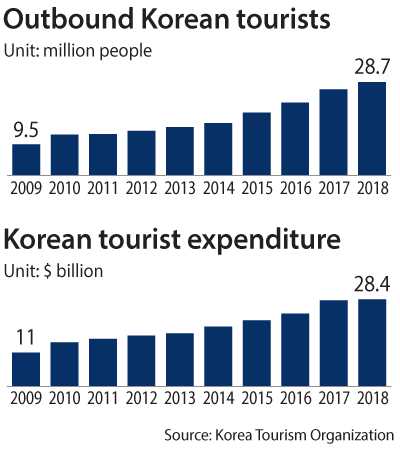 With the advent of mobile payment solutions and the subsequent rise in financial transactions on mobile devices, a new era for loyalty and rewards program management has begun.

Before the smartphone age, rewards often went unused or even unnoticed, but now points and mileage are updated and seen by consumers in real time through their mobile devices.

The programs have emerged as important avenues of interaction with consumers and as a way of collecting their data.

Market observers said that the trend will drive the growth of the loyalty management market in the future.

According to WiseGuyReports, a market tracker based in the United States, over the next five years the Loyalty Management market will register a 17.5 percent growth annually. The global market size will reach $5.24 billion by 2024, from $1.99 billion in 2019.

Although cross-border loyalty platforms are few and far between in Korea, efforts to bring rewards programs across borders are seen in the United States, Japan and Taiwan in cooperation with retailers, financiers and marketing companies.

Wirecard, a Germany-based fintech company, developed a platform that allows merchants from different countries to provide loyalty programs in other countries with partnered sellers.

It said its offering “facilitates loyalty programs that can be run across different countries and currencies enhancing the customer experience.”

It added that partners can allow their customers to use their smartphones to redeem digital points or vouchers across the globe.

Mastercard has also launched a rewards program for frequent travelers. It said that the program is designed to provide relevant offers from an international network of fashion retailers, restaurants, resorts, theme parks and beauty retailers.

A McKinsey report said that international consumer-to-business (C2B) payments in particular will enjoy robust growth in the future.

“Other areas such as cross-border consumer-to-business payments are growing at nearly 20 percent due to rising global consumption and increasing expenditures on items like tourism and investments by a rapidly expanding, global affluent class,” it said.