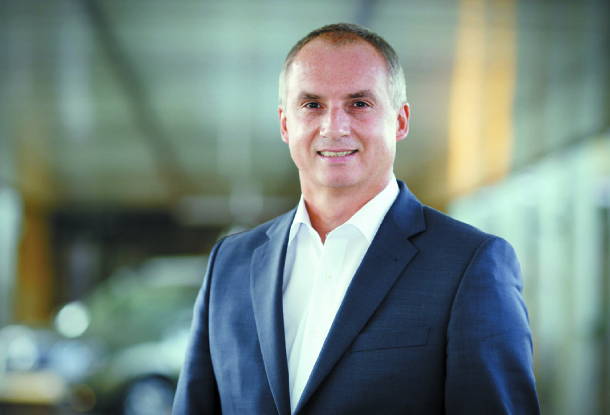 Renault Group’s Asia Pacific head is coming to Korea to deal with failed wage negotiations with its labor union.

According to the Korean branch of the automaker, Cambolive said markets in the AMI-Pacific (Africa, the Middle East and India-Pacific) have big potential for growth as 4.3 billion people live there.

He said the regional headquarters has the experience and expertise to help with issues that major exporting countries in the region, including Korea, are facing. He also revealed his plan to visit Korea first.

“As Busan is recognized for its outstanding productivity, its operations can be ramped up once the dispute between the company and the labor union is resolved,” the Korean automaker said in a statement.

The lengthy fight between the company and its labor union has put the Busan factory under a cloud.

As its only factory’s utilization rate falls, the Korean unit said it is considering closing it for two to four days later this month or early next month. The company has yet to decide on specifics for the temporary suspension.

Renault Samsung Motors suspended operations for two days last week. The factory was closed on April 29 and 30, resuming operations on May 2.

“We are discussing closing our plant again because our production target for this year was reduced from 200,000 units to 160,000 units,” a company spokesperson said.

The automaker’s labor union has gone on 62 strikes since last October for a total of 250 hours, causing production losses of 14,320 vehicles, according to the automaker. The dispute has continued well past a March 8 deadline set for the conclusion of negotiations.

The operating rate for the Busan factory fell by 20 percent due to the strikes, and Renault Samsung Motors said it suffered around 280.6 billion won ($242 million) in losses.

The union has claimed the minimum wage is not being paid to its workers. It also is demanding that management improve working conditions. Management has stood firm and argued that cost increases could harm the automaker’s competitiveness. A spokesperson for the automaker said workers at the Busan factory are already paid better than other Renault Group employees.

The union also asked for the right to participate in personnel decision-making. However, Renault Samsung Motors CEO Dominique Signora said in a meeting with Busan Mayor Oh Keo-don on April 18 that the automaker will not accept the union’s demand regarding human resources.

The union and management are meeting again this week to set a timeline for future negotiations.