'Searching Eva' star is still finding herself: The documentary takes a look at the many identities its young subject is exploring

'Searching Eva' star is still finding herself: The documentary takes a look at the many identities its young subject is exploring 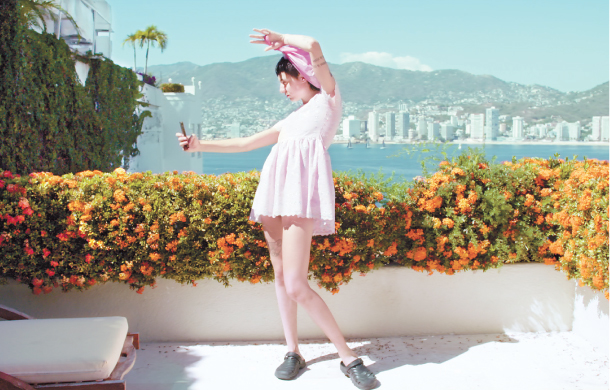 Eva Colle posing for a picture to upload on social media. The main subject of “Searching Eva” is many things - a sex worker, an Instagram star, a writer, a blogger, a model, a recovering addict, a feminist, a musician - and glimpses of her life are carefully shown through the debut feature film by director Pia Hellenthal. [GIORGIA MALATRASI, JEONJU INTERNATIONAL FILM FESTIVAL]

Eva Colle’s life is truly full of twists and turns. If she was told that she would be the subject of a documentary before 2013, she may have found it ridiculous. Colle is many things - a sex worker, an Instagram star, a writer, a blogger, a model, a recovering addict, a feminist, a musician - but she certainly never expected to become the star of a film.

“Representation is a trap and a lie, always,” Colle states matter-of-factly. If there is one thing that this 26-year-old hates, it is being confined to just one of her many different identities.

“I don’t like the process of exclusion that is the basis for identity,” she said during an interview with the Korea JoongAng Daily at the 20th Jeonju Film Festival where the documentary “Searching Eva” is being screened. “The way people think of identities by singling out things and excluding things […] I don’t think of things that way. I think [that identity] is like a dialogue.”

Colle and director Pia Hellenthal met in 2013, after Hellenthal found Colle's Tumblr blog. The director was immediately captivated by the writing because of its brutal honesty. When they agreed to meet, Colle first thought it was due to her job as a sex worker because she didn’t know any other Italians that were open about their sex work at the time.

But when they met, Hellenthal was intent on just listening to what Colle had to say. After talking nonstop for two hours, Colle felt embarrassed and thought that they would never come back. “But I guess I did something, because [she] decided to make a movie about me,” the actor said as she smiled shyly.

Although Colle steered clear of the editing process, she was worried that the film would turn into a portrait, although she knew it wasn't what the director had in mind.

“Making a movie about identity that was trying to deconstruct identity is a huge task,” she said. Although she had her doubts, she was relieved when she saw the film for the first time at the Berlin International Film Festival in February. 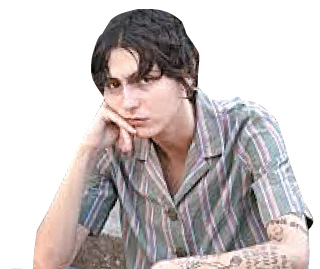 The film does not follow a chronological timeline, but instead shows brief snapshots of her life - each featuring Colle in different hairstyles and wardrobe choices. She is a sex worker, a daughter, a friend and a lover - the sequence is shown in a seemingly haphazard way.

In between, there are comments and questions from her blogs that may be answered during the scene, or moments when Colle is staring straight at the audience with her head tilted slightly. Sometimes she’s sitting, sometimes she’s standing, with her narration coming out in a calm way as if she’s answering back to the questions.

Since she’s modeled before and has a mother who is a photographer, Colle didn’t feel awkward in front of a camera, which made the film even more natural and carefree, despite being frank about topics like gender, sex, being working class, women and relationships.

The director and Colle agreed that the film wouldn’t be a portrait, but rather, provide a mirror in which the audience could be connected and relate to her feelings, thoughts and experiences.

“People who expected a portrait of me were really disappointed because they didn’t think it represented me, but that wasn’t the goal,” she said.

In the film, Colle also talks about her experiences of being sexually harassed in a calm, peaceful manner, stating the facts without any emotion. Colle states that although the past can shape your perspectives and opinions, escaping the past and not letting it define your future is important. She makes it sound so easy, but Colle admitted that it’s not as simple as she makes it sound in the film.

“Moving forward is very hard and I’m aware of that,” she said. The actor seemed to be wary during the interview, and when asked about it, she admitted that she was feeling tired due to reoccurring nightmares that she’s been having for several days.

“I got mistreated at work some time ago and since then I’ve started having these nightmares that really wear me out,” she said. “But I always tell myself that [this mistreatment is] not my fault, even if I was drunk, and whatever happens it’s never your fault […] I try very hard to not let them deprive me.”

She also talked about her work, which she says is part of labor, like any other kind of job. It’s a service that women offer, and since it’s a job, you set boundaries.

Although she contends that she has been harassed at work, she feels that she gets mistreated by people who have more power over her anyway so she doesn’t think her work particularly puts her in harm’s way.

However, she acknowledges that when sex work is illegal, people feel “entitled” to abuse women because most likely the victim will not want anybody to know. “That’s why making sex work illegal will not help anybody because it will still happen and people would want help when something bad happens [to them]. If you have a job that is legal, they’ll respect you more.”

Her thoughts about the world and society are all expressed in her Tumblr blog, which Colle started writing when she was 15. Ever since she could write, she’s been writing in journals, swapping stories with her friends and writing comments and suggestions to each other. Since learning about the internet, she’s been writing about her life, her inspirations, as well as books and music that she likes.

Moreover, the bigger reason for her blog came from her followers and other girls that she found online. “I just found all these girls, and I felt connected to them somehow. So I started writing there and I was never ashamed of the stuff that happened to me because that’s part of my life,” she said.

When she shared her painful experiences, such as sexual abuse, other people started coming forward to tell her that she wasn’t alone. “I was one of the first people to be talking about this in Italy so the reason why I kept doing it was because I was creating this little community and also because I didn’t have any real girlfriends in real life and there were all these girls who I was friends with on the internet.”

Although Colle is now an actor, she states that she doesn’t feel any different from before the film. All of her voice-overs and comments came from the blog, so she didn’t really change the way she communicates, but rather she describes it as “an extra layer” that was added to show the world the way she sees certain things.

Colle will be taking part in two more movies that are set to start filming this summer. One is another project that she has with Hellenthal, and another is her first dramatic role in a film to be directed by German auteur Henrika Kull. Some parts of the film are said to be inspired by Colle's real-life experiences.

The actor seemed nervous, but she is also excited to start a new project. “I’m going to be a queer anarchist in this one, and I would be so disappointed [in myself] if I can’t act [it out] right.”