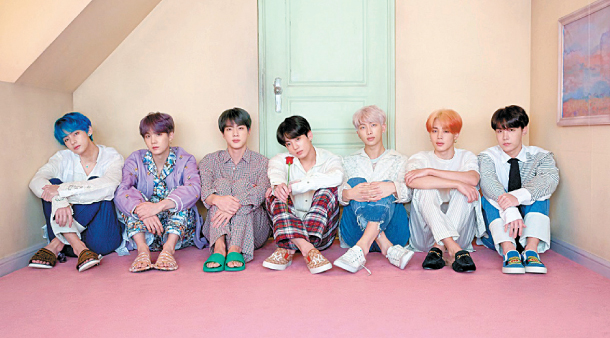 The seven-track EP is now the best-selling album since the chart first started tallying album sales in 2011.

Last year, BTS sold 2.2 million copies of its album “Love Yourself: Answer,” and recorded the highest number of album sales for a single album at the time. The band bested themselves with their newest release.

The title track, “Boy With Luv,” has also taken the No. 1 spot on Gaon’s April download chart.

“BTS is setting unprecedented records, having sold 2.1 million copies within the first week of the release of ‘Map of the Soul: Persona,’ as well as topping Billboard 200 chart and British Official Album Chart Top 100,” the agency said.

The band successfully kicked off its “Speak Yourself” tour series with two concerts on May 4 and 5 at the Rose Bowl Stadium in Los Angeles. Their next performances will be at Soldier Field in Chicago on Saturday and Sunday.