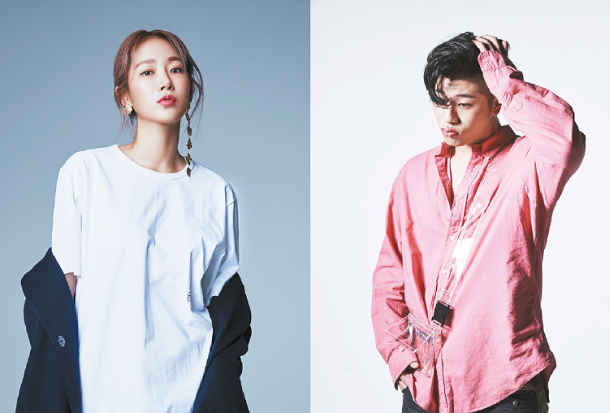 Ballad singers Ovan and Soyou will release a duet titled “It’s Raining” on May 16 at 6 p.m., their agencies announced on Wednesday.

“‘It’s Raining’ will be the perfect song to feel the sentiment of spring, with Soyou’s soft voice added with Ovan’s soulful rap and vocals,” Ovan’s agency Romantic Factory said.

Ovan is a rookie singer who made his debut in 2017 with “Virgin Love,” and has become popular with his calming ballads.

Soyou made her debut as a part of four-member act Sistar in 2010 and is known for her strong vocals. She has collaborated with numerous artists, including Junggigo in “Some” (2014), Mad Clown on the song “Stupid in Love” (2013) and “Rain” (2017) with Baekhyun of boy band Exo.