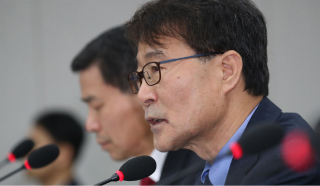 SOHN HAE-YONG
The author is the economic policy team head of the JoongAng Ilbo.


Before Jang Ha-sung, the former presidential policy chief, was appointed, he published a piece in 2017. While Korea’s gross domestic product (GDP) grew by 260 percent from 1990 to 2016, total corporate income grew by 358 percent and total household income grew 186 percent. Yet he claimed household income only grew by 90 percent on average in the same period, and inequality aggravated. The total household income was based on data from the Bank of Korea, while the average household income on a survey by Statistics Korea. The national statistics office argued that the two figures could not be directly compared because they were based on different ranges and concepts. “It isn’t right to use the discrepancy as a basis for aggravating inequality,” the office said. Yet Jang continued to make the claim while in office.

Academics raised a question on his arbitrary interpretation of statistics. In his book, “Why We Should Be Enraged,” Jang underscored “extreme income disparity” in our society. Yet Singapore National University Prof. Shin Jang-sup argued that Korea’s distribution is middle to high internationally.

The subtitle of Jang’s book was “A country that is becoming the most unequal in the world.” Prof. Shin said, “He made a conclusion and put out the statistics he needed [to prove it].”

Sogang University Prof. Park Jung-soo recently published a study that concluded “growth without income” — a key condition and theoretical basis of income-led growth — originated from errors in statistical interpretation. “Growth without income” was a concept proposed by Jang in his book “Korean Capitalism.” He argued the country’s economy was growing but the real wage of workers remained stagnant. Yet Prof. Park countered his arguments by showing that workers’ wages and household income are both growing as much as the economy if the error in interpretation is fixed.

I cannot help but suspect that Jang has his own confirmation bias. That leads to misdiagnosis and prescription. The government’s bold income-led growth experiment could be totally based on Jang’s error in interpreting statistics.

Whenever the Blue House announced worsening economic indicators, it said that there are “pains accompanying changes in Korean economy’s health.” I hope the pain is not a medical accident from misdiagnosis.