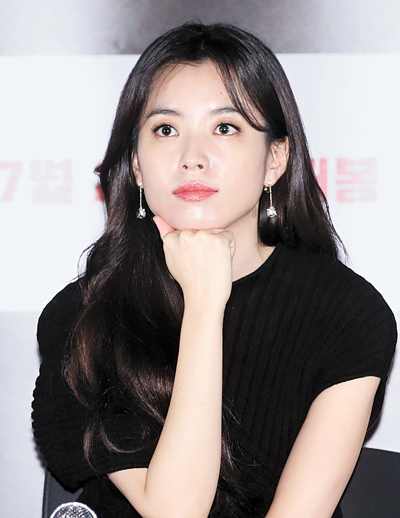 Rumors about Han began to spread after the airing of an SBS investigative TV program “Unanswered Questions” last Saturday, which reported that there was a cosmetic brand event held at the nightclub last November, and an actress in her thirties showed behavior consistent with drug abuse. When the brand was discovered to be JMsolution, suspicions centered upon Han, who is a model for the brand.

“Han is merely a model advertising JMsolution, and not once has she ever set foot in the club nor has she participated in the event,” Jipyong said. “Despite this truth, Han is still suffering from defamation and insults from various portals, internet communities and social media due to the circulation of false rumors.”

The law firm said Han was being seriously defamed and filed suit against 33 online users at the Yongsan police station in central Seoul. The firm warned that it would continue to press charges against malign comments or rumors intended to harm Han.