K-pop profit up to pre-Thaad levels

K-pop profit up to pre-Thaad levels 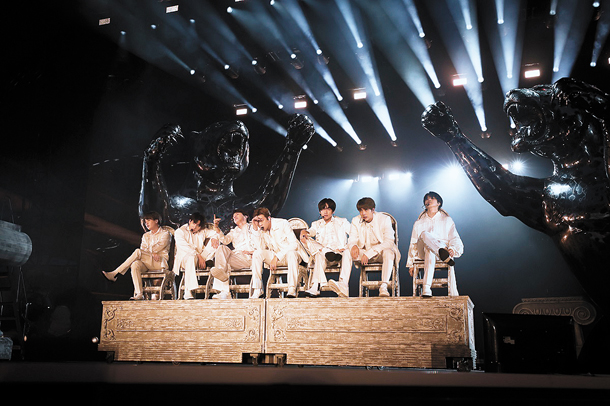 Thanks to the popularity of K-pop, Korea saw profits grow in the sound and video service sector. Profits recorded in the first quarter of this year were almost as high as the amount seen during the days before the market shrunk as the Chinese government imposing restrictions on Korean content due to the deployment of the U.S.-led Terminal High Altitude Area Defense (Thaad) antimissile system.

According to the Bank of Korea on Saturday, profit in the first quarter of the year reached $114.7 million, the highest figure since the third quarter of 2016, when the balance was $132.4 million. The Chinese government’s restrictions on Korean content began from around October 2016. Many Korean celebrities had a hard time getting approval to have events held in China, and some Korean stars even had to step down from shows they were already signed up for.

Korea collected $194.1 million in sales overseas thanks to the distribution of movies, musicals and songs, among others, paying $78.4 million in the first quarter.

The bank said that K-pop - with the rise of BTS, Blackpink and others on the global stage - seemed to have made an established presence in the global market.