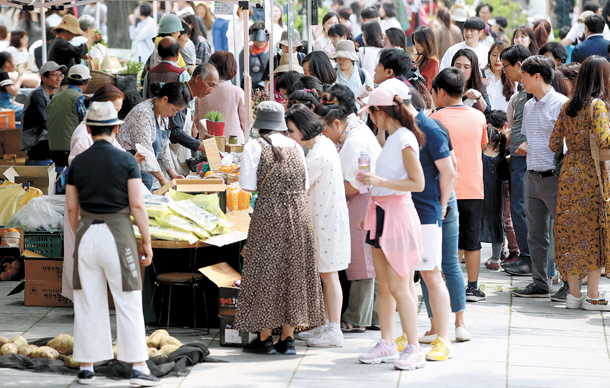 Customers crowd a farmer’s market that was opened at the Marronnier Park in Daehangno, central Seoul, on Sunday.
The market was opened to celebrate this year’s World Fair Trade Day, which was held on Sunday.
This year’s theme was “Be Fair, Be Connected.”
In June last year, Seoul was named the world’s first fair trade city among global cities with more than 10 million people by the International Fair Trade Town Steering Committee.