Left is WeMade’s Legend of Mir 2 and right is a character from a similar mobile game in China. [WEMADE]

WeMade’s Legend of Mir 2, a multiplayer online role-playing game released in 2001, had a market share of 54 percent in China in 2004. The number of registered players of the game exceeded 200 million in 2009.

The game was so popular that it was banned by administrators of Peking University.

The game is also so popular that people have been stealing it in China. Since 2016, WeMade lodged more than 70 lawsuits in Korea and China. Over 1,400 games have been pulled from app stores for violating copyright. 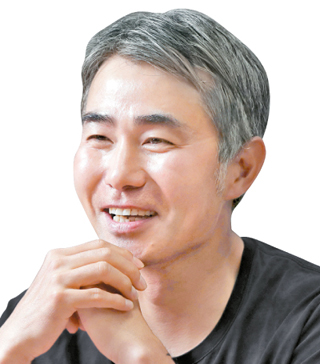 WeMade’s unyielding approach against Chinese copies differs from the approach taken by other Korean game companies. Many have remained quiet in the face of infringement. Although the market is flooded with fakes, they have been scared to alienate anyone in the world’s No. 2 game market.

“Other games were unsuccessful, so the only way for our company to survive was earning enough money in China,” Chang said in explaining his firm stance. “The negotiation with Chinese companies is most effective if we file a lawsuit.”

“Progress is visible. Late last year, the Chinese Beijing Intellectual Property Court ruled in favor of WeMade on a suit where we requested a halt in the services of 37Games.”

Q.Why are there so many fake games in China?

A.When you go to Chinese online shopping malls like Taobao, you can get the source code, or the code necessary for development, for Korea’s famous games. China acquires this code, modifies it and recreates a game. If they have a server and run it well, they can generate sales up to 50 billion won ($42.12 million) a month.

The games are mostly massively multiplayer online role-playing games. China makes the game more stimulating than the original version. They change the conditions, like allowing users to use more items, so the games could be more popular than the original game.


How did China infringe copyright?


What motivated you to go to war with counterfeit games?

Mir was developed by WeMade, but the copyright of Mir was owned both by WeMade and Actoz Soft, our investor at that time. After that, Shengqu Games, formerly Shanda games, which used to be in charge of Mir’s publishing in China, acquired Actoz.

In 2014, when I became the head of the company, I noticed something was wrong. The royalty of the Mir mobile game, which recorded 50 billion won in monthly sales, went to Shengqu, but Shengqu said that the royalty it received over two years was only 20 billion won. We soon found out that they had given sublicenses to multiple Chinese mobile game companies and monopolized the royalty.

A total of 7,000 mobile games used Mir’s intellectual property in China. All combined, their sales would total as much as 4 trillion won. That’s when we decided to fight for our rights.


What advice would you give to game companies attempting to do business to China?

Patience is key, because China makes use of our impatience. A laid back mindset that “we’ll make it in the next decade,” is necessary.

Chang is a first-generation game company employee. He joined Nexon in 1996.

“Marble started making full use of its intellectual property [IP] since 2008, when the movie Iron Man was a huge hit. Since then, the series went on to spur 21 movies over the next 11 years,” he explained. “That’s how old [an IP] should be in order to say it’s worn out.”

“My plan is to reuse our content’s IP like Marvel does.”