‘Avengers’ still on top, but starts to slow down: The mighty Marvel film becomes second foreign film on Korea’s top 10

‘Avengers’ still on top, but starts to slow down: The mighty Marvel film becomes second foreign film on Korea’s top 10 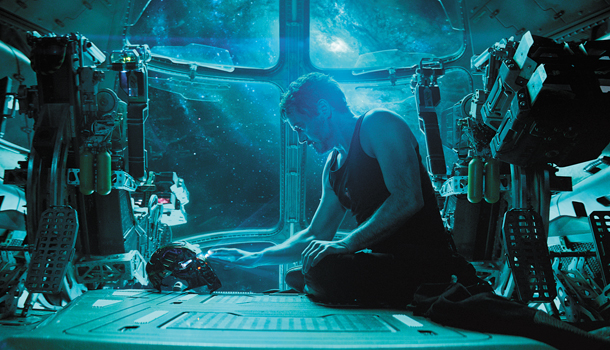 “Avengers: Endgame” hit the No. 1 spot at both the local and North American box offices for the third consecutive week, and the film became the second foreign film to place in the top 10 box office ranking, according to statistics from the Korean Film Council. [WALT DISNEY COMPANY KOREA]

For the third consecutive week, “Avengers: Endgame” took the No. 1 spot at the local box office, bringing its total ticket sales to over 12 million. Over the weekend, the film managed to get a spot on the Korea Film Council’s top 10 all-time box office records, landing at No. 9 after “The Thieves” (2012), which sold an estimated 12.9 million tickets.

The movie is now the second foreign film after “Avatar” (2009) - currently ranked sixth - to be enlisted in the ranking.

This past weekend was the first time since the film was released on April 24 that the Marvel machine showed signs of slowing down. The movie sold an estimated 813,000 tickets at 1,702 screens, according to data from Korean Film Council. Compared to last week’s 2.3 million admissions, it’s a considerable drop.

Although it remains to be seen if the film can inch its way past “Avatar,” which sold over 13.3 million tickets locally, the craze over the grand finale of the Avengers series seems to be fizzling.

“Miss & Mrs. Cops” released last Thursday finished in second for the weekend, with over 511,000 moviegoers watching the film at 973 screens. The female-led film faced harsh criticism on Naver due to the social controversies related to gender that it portrays. Nevertheless, most reviews praise the actors’ performances and the film’s mixture of light comedy with serious social issues.

Starring popular actors Ra Mi-ran and Lee Sung-kyoung, the film tells the story of two police detectives who have to catch the culprits behind a sexual assault and a drug abuse case in a short amount of time.

“Inseparable Bros” dropped one spot to third over the weekend, selling 258,000 tickets at 787 screens. Starring actors Shin Ha-kyun and Lee Kwang-soo, the film refutes the old saying “blood is thicker than water” by depicting two disabled “brothers,” who have stood side-by-side for 20 years.

The fourth spot was taken by “Pokemon Detective Pikachu,” which gathered 239,000 theatergoers at 817 screens. The first live-action Pokemon film is based on a popular video game, and fans of the animated series enjoyed seeing the iconic Pikachu voiced by actor Ryan Reynolds.

Although “Avengers: Endgame” seemed to wrap up the previous 21 Marvel films, Marvel Studio President Kevin Feige announced at a Shanghai fan event on April 18 that “Spiderman: Far From Home” would be the official final installment of what the studio calls “Phase 3” of the Marvel Comics Universe, which began with “Captain America: Civil War” (2016). The trailer for the film was released on May 6, and it begins with Peter Parker struggling to cope with the loss of a mentor. The film is set to premiere in July.

As for the North American box office, “Pokemon Detective Pikachu” gave “Avengers: Endgame” a run for its money this weekend, but the superheroes managed to hold onto the throne once again.

Walt Disney said Sunday that the Marvel blockbuster earned an estimated $63.1 million during its third weekend in North American theaters, bringing its domestic grosses to $723.5 million, surpassing the totals for “Black Panther” and “Avengers: Infinity War.”

Internationally, the film added $102.3 million, bringing its global total to just shy of $2.5 billion, where it remains the second-biggest worldwide release of all time, behind “Avatar” ($2.8 billion).

But three weeks into “Avengers” dominance, the market finally had some room for another film to make a substantial impact. Warner Bros. managed to draw a significant audience to its live-action “Pokemon Detective Pikachu,” which opened on 4,202 screens and earned an estimated $58 million from ticket sales.

“What a terrific result,” said Jeff Goldstein, Warner Bros. head of domestic distribution. “It’s so much fun to watch ‘Detective Pikachu’ have this kind of opening.”

And there’s no bad blood that “Endgame” powered past “Pikachu” in the end.

“It was fun to win Friday night, but as they say in golf, you play your own game and I’m thrilled with our result,” Goldstein added.

It even beat “Endgame” internationally by a very slight margin with $103 million.

The film notched a record of its own: Biggest video game adaptation opening. The previous record-holder was the Angelina Jolie “Tomb Raider” from 2001, which opened with $47 million, not adjusted for inflation.

“The Hustle,” a gender-flipped spin on “Dirty Rotten Scoundrels” with Anne Hathaway and Rebel Wilson, landed in third place with $13.6 million despite lackluster reviews.

And while not every film was a hit this weekend, the diversity of content is important to the marketplace, noted Paul Dergarabedian, the senior media analyst for Comscore.

“It should never be about just one type of movie,” said Dergarabedian. “That used to be the thing about summer, it was about drawing in the 18-24 year olds with superhero movies and action movies. In today’s world, summer offers a much more eclectic and diverse mix and that’s paying dividends for Hollywood.”

And May has more big movies to come, including “Aladdin,” “Rocketman,” “John Wick 3: Parabellum” and “Godzilla: King of the Monsters.”

“May could be a monster at the box office,” Dergarabedian said.