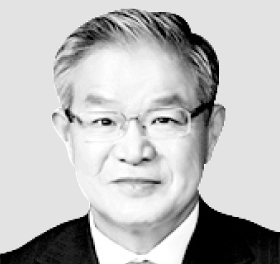 Kwon Tae-shin
The author is vice chairman of the Federation of Korean Industries (FKI).

A parliamentary commission has reportedly completed its review of “all possible strong measures” against Korea amid the deepening feud over Koreans’ claims on Japanese firms over wartime forced labor. Even pro-Seoul experts in Japan have been warning and criticizing Korea for allowing bilateral ties to worsen in the wake of the top Korean court ruling ordering Japanese companies to pay compensation to Korean workers during the colonial period.

The clock is going backward for the two countries with no signs of a breakthrough.

The problem is a complicated matter. The conflict has renewed over and over despite the basic treaty, normalization of ties and 1998 Korea-Japan Joint Declaration between former President Kim Dae-jung and former Japanese Prime Minister Keizo Obuchi. Tokyo fell short of making an earnest apology for the forced sexual slavery and labor of the Korean people during the colonial period and Seoul has also exploited the innate hostility toward Japan for political purposes.

The toll on Korean enterprises and the economy is inevitable. According to a survey by Japan’s Nikkei newspaper on businessmen of Korea, China, and Japan late last year, 53 percent of Japanese entrepreneurs predicted bilateral ties between Korea and Japan will worsen in the future. Nearly seven out of 10, or 69 percent, pointed to the Korean Supreme Court rulings on wartime forced labor as the primary cause. Most of them were involved with business in Korea.

National interests should come before sentiment in inter-government issues. There is more harm than good from a soured relationship with Japan. Tourism data suggests people from the two countries are unaffected by the diplomatic row. According to Statistics Korea, 2.92 million Japanese people visited Korea last year, up 28.1 percent on year. Japanese tourism data also showed that 7.53 million Koreans traveled to Japan, up 5.6 percent. Koreans spent 6 trillion won ($5 billion) during their visits to Japan last year.

When President Kim and Prime Minister Obuchi signed the landmark joint declaration on Oct. 8, 1998, the nations appeared to have committed to building a “future-oriented relationship.” “The two leaders have agreed to overcome the past on mutual understanding and trust to build friendly relationship for the 21st century.” “Prime Minister Obuchi regarded in a spirit of humility the fact of history that Japan caused, during a certain period in the past, tremendous damage and suffering to the people of the Republic of Korea through its colonial rule, and expressed deep reforms and heartfelt apology.” President Kim expressed appreciation and vowed to go beyond their “unfortunate history” and “build a future-oriented relationship based on reconciliation and friendship.”

The declaration included the wording “future-oriented” several times. Kim would have accepted Obuchi’s apology for the sake of the country’s future. To take a step forward, we must go around a stumbling block one at time.
Translation by Korea JoongAng Daily staff