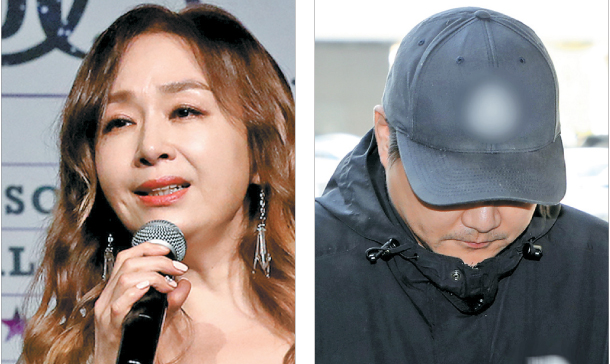 The two have been in a dispute since Hwang was in a drunk driving accident last August that resulted in two deaths and three injuries. At the time of the accident, the police recorded that Hwang’s blood alcohol content level was 0.104 percent, which is enough to suspend his driver’s license.

The accident aroused sympathies due to the fact that two people who were killed were part of the crew of the Haemee Musical Company - a theater group founded by Park.

Park apologized profusely to the bereaved and the victims’ families, and they have accepted her apology, “although she is not the direct perpetrator of this tragedy,” according to an issued statement.

Song told the press that Park and Hwang both wish for the specifics of their divorce to remain private.

Park recently appeared in the musical “Oh Carol!” which ended in January, while Hwang is currently serving four years and six months in prison.