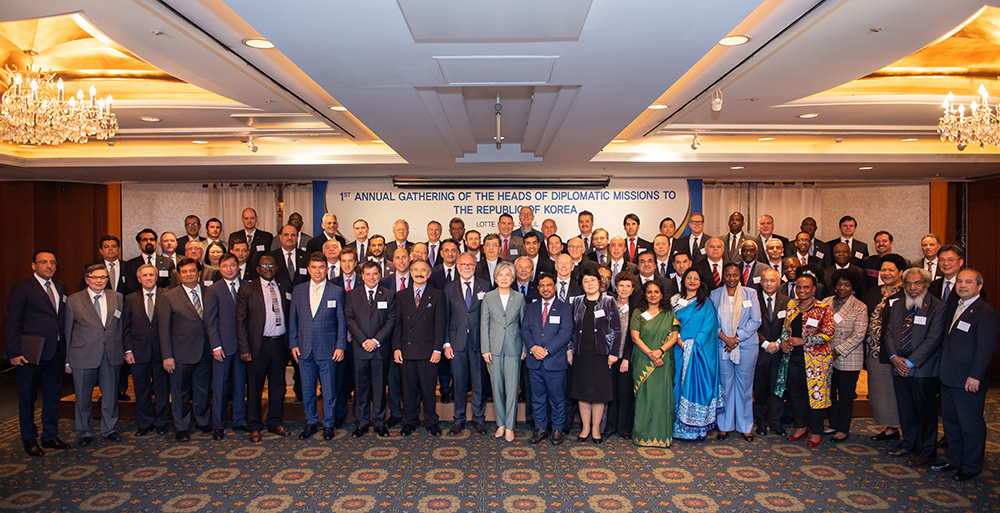 Over 80 heads of diplomatic missions in Korea hold the first annual gathering of heads of missions in Korea at Lotte Hotel Seoul in central Seoul on May 2 with South Korea’s Foreign Minister Kang Kyung-wha, center. The ambassador of Oman to Korea, Mohamed Salim Alharthy, also the dean of the diplomatic corps in Korea, hosted the event in cooperation with other ambassadors to create a space for the diplomatic corps to discuss ways to enhance cooperation with the Korean government and practice public diplomacy in Korea. [EMBASSY OF OMAN IN KOREA]