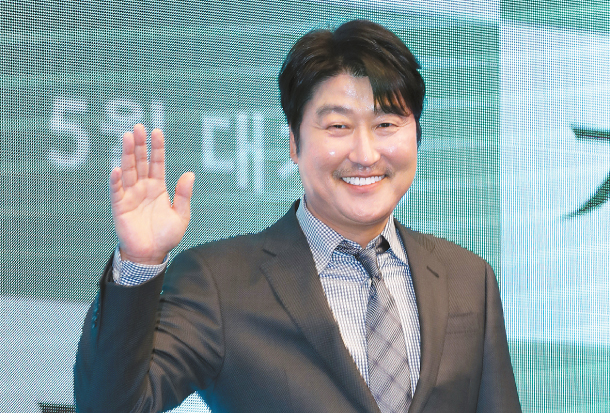 The 72nd Locarno International Film Festival will give actor Song Kang-ho its Excellence Award during the annual event in Switzerland this August.

The award, which was first presented in 2004, is given to one actor a year for his or her contributions to the film industry.

The Locarno International Film Festival is known as one of the most prestigious film events in the world after the Cannes, Venice, and Berlin Film Festivals.

Last year’s award went to Ethan Hawke, and acclaimed actors such as Susan Sarandon, John Malkovich, Edward Norton and Bill Pullman have also taken home the prize. Song will be the first Asian actor to receive the award.

Song is currently attending the Cannes Film Festival with director Bong Joon-ho for the world premiere of his latest film “Parasite,” which is competing for the prestigious Palme d’Or, or Golden Palm Award.