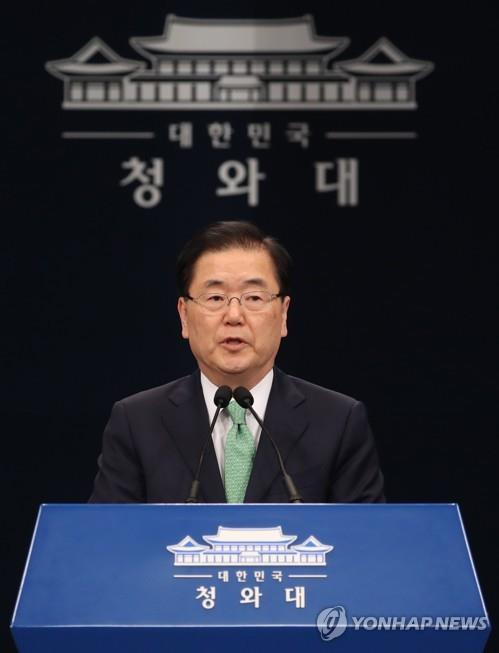 A South Korean man who was abducted in Libya last year has been released, the presidential office Cheong Wa Dae announced Friday.

The 62-year-old worker at a local firm was taken hostage by a group of around 10 armed militants on July 6.

The man, identified only by his surname, Joo, was freed unharmed on Thursday (Seoul time), according to Chung Eui-yong, head of the presidential National Security Office.

Chung said the government of the United Arab Emirates (UAE) played an active role in the release, as Crown Prince Mohammed bin Zayed Al Nahyan agreed to provide support for Seoul's related efforts during a summit with President Moon Jae-in in Seoul in late February.

Chung said the UAE's foreign ministry seems to have coordinated closely with Libyan defense authorities, but he did not provide further details.

Joo is staying in Abu Dhabi under the protection of South Korea's diplomatic mission and is scheduled to return home on Saturday, Chung added.