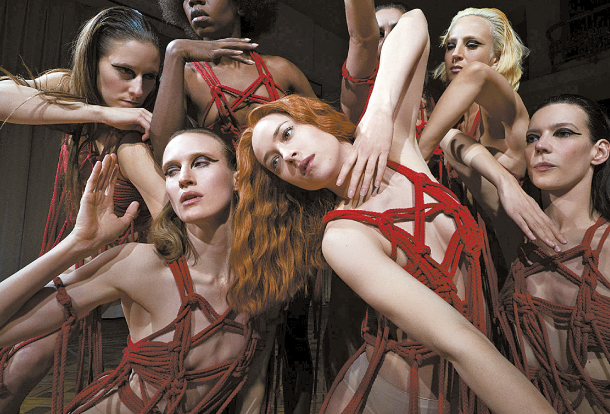 A supernatural story set in 1970s Germany, the film reveals the horrors behind a prestigious ballet academy run by coven of witches in which no one is able to escape.

Susie Bannion, a young American woman from Ohio, arrives in West Berlin with high hopes of entering the famous ballet academy. With her natural talents, she quickly attracts attention from the head artistic director, Madame Blanc. Yet rumors begin to spread that a former student named Patricia Hingle disappeared within the grounds of the academy after confessing to her therapist that the school’s matrons are actually a witch coven who select the gifted dancers’ bodies as hosts of their worshippers’ spirit.

After being stabbed by a serial killer, gangster boss Jang Dong-soo miraculously survives. Although he is alive, his reputation is damaged, and as soon as he recovers, he is determined to catch the killer himself. Jung Tae-suk, on the other hand, is a fierce cop known for his obsession for catching culprits.

When they realize that each wants the killer for himself, they strike a deal that leads to an exciting neck-to-neck race between a gang and cops to see who can catch the killer first. 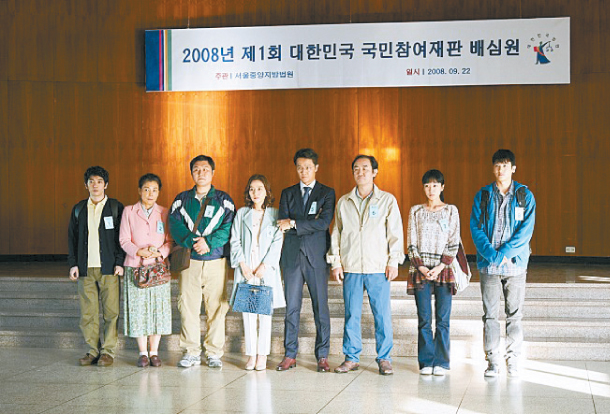 It’s 2008 in Korea and eight jurors have been selected to be part of the first-ever participatory trial. With the press putting these eight citizens in the spotlight, the jurors enter the court.

At first, everything seems to be simple: a clear murder case with definite evidence, testimony and a confession all pointing to a single culprit - the trial’s defendant.

With only the decision of the defendant’s sentence’s duration left to the judges and jurors, the case suddenly falls into disarray when the culprit suddenly denies his confession, throwing jurors into confusion as to whether he is innocent or guilty.

Amid the confusion, strict rule-enforcer and chief judge Jun-kyum tries to guide the jurors and the case in the right direction. Yet due to juror number eight Nam-woo’s persistent questioning and other issue, the trial heads in a direction that no one foresaw …

Jun-kyum is played by Moon So-ri, while juror number eight is played by singer-turned-actor Park Hyung-sik, known for his lead roles in dramas such as JTBC‘s “Strong Girl Bong-soon” (2017) and SBS’s “The Heirs” (2015).

The first live-action Pokemon adventure is finally here - and the voice of Pikachu comes from none other than Ryan Reynolds, the star of the “Deadpool” series.

In this exciting adventure, Pikachu wakes up in a place without any memory of who he is. His only clue is the detective hat that he was wearing when he woke up, which had someone named Harry’s name and address on it. Yet when he stumbles upon Harry’s house, he finds out that though Harry is missing and that his 21-year-old son, Tim Goodman, is there - and Tim is the only person who can understand what Pikachu is saying.

Tim tells Pikachu that his father went missing years ago after an accident, and Pikachu, who calls himself a “world-class detective,” realizes that this is no ordinary case.

Eager to find Harry, the two embark on a journey that will change their lives forever.

Former police detective Mi-young is currently a charismatic official at the public service center at Sungsan Police Station. Yet a troublesome detective named Ji-hye joins the center due to a mishap she caused during an investigation.

However, when a victim who was supposed to report to the center suddenly attempts to commit suicide, the two work together and find out that their victim is the target of a digital sexual assault.

Due to the complex web of politics, power and process, no one at the police department is willing to take on the case. Nonetheless, Mi-young and Ji-hye decide to conduct an informal investigation, determined to solve the case and arrest the suspects. 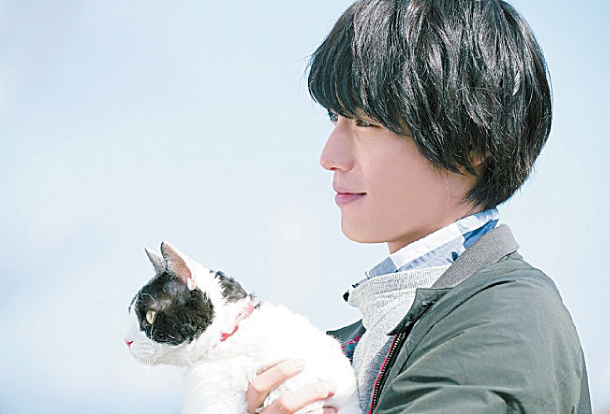 Satoru has just taken in a stray cat whom he has named Nana. Yet when Satoru is no longer able to take care of Nana, the two go on a journey to find her a new home. Along the way, they meet Satoru’s first love, old friends and family.

The adventure that the two embark on is not exciting, but rather quiet and tranquil, and their story will have animal lovers grabbing for a box of tissues.

Busy preparing for a Christmas party, Holly Burns is startled when she sees her son Ben standing out in the driveway. Ben had been in drug rehab for a couple of months and wasn’t supposed to be released yet. Yet Ben says that his sponsor said a trip home would be good for him.

While Holly takes Ben Christmas shopping, someone breaks into their home and steals their beloved family dog, Ponce. Ben instinctively realizes who the culprit is and they both drive to find Ben’s former drug dealer. While they are trying to find Ponce, Holly discovers parts of her son that she had never knew before. 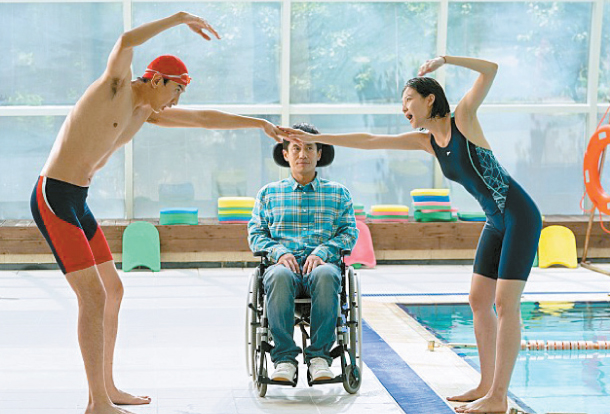 Seha was left at an orphanage for the disabled by a relative after his mother passed away. His entire body paralyzed, he spends his life in a wheelchair and is always in need of someone to push him around. Passed around like luggage nobody wants, Seha feels abandoned, but that all changes as soon as he meets Donggu.

The two become inseparable. Although they are not related by blood, they have been there for each other for 20 years: more than enough time to become closer than brothers. Yet when the priest who takes care of the disabled at the orphanage passes away, funding gets cut. Realizing that the two are in danger of being separated, Seha is determined do whatever it takes to get attention from the media so that they will still be able to live together. Yet the tables turn for the two brothers when Donggu’s mother suddenly appears after having seen him on TV, claiming her rights to be his legal guardian.