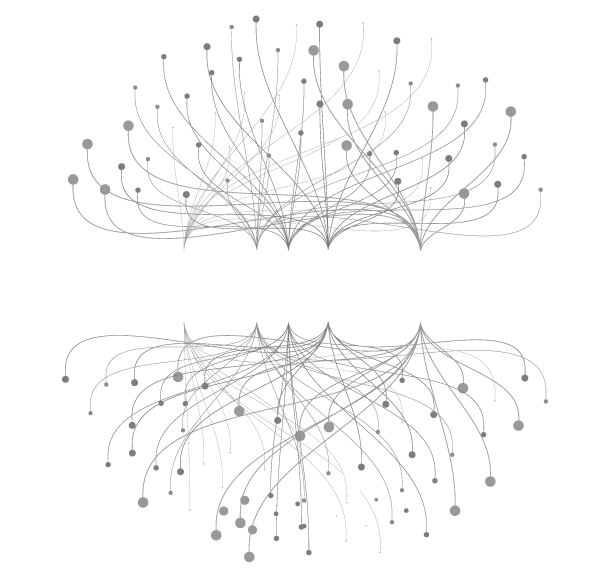 As profits decline and regulations increase, credit card companies are rushing to harness the power of “big data” analysis in an effort to catch up with global industry standards.

Big data, which refers to the analysis of massive amounts of data to reveal patterns and trends, has long served as an integral part of the global finance industry as a way of coming up with services that spot consumer trends from a large data pool. Korea’s finance industry, however, has only just started to get serious with the technology.

Local credit card companies have faced a series of hurdles recently as the government lowered commission fees from small and midsized businesses in an effort to help the slowing local economy.

The regulation is the latest problem facing credit card companies that are already struggling with declining earnings.

The total net profit from local credit card companies in 2018 fell 21.5 percent last year from the previous year to 1.74 trillion won ($1.46 billion), according to the Financial Supervisory Service.

Credit card companies are hoping big data analysis will give them a much-needed breakthrough.

The technology allows businesses to help reduce inefficiencies such as time spent finding products by coming up with recommendations based on data analysis of user spending habits. With data stored at every swipe of a card, credit card companies have an ideal platform to utilize the technology.

As the race to harness big data gets started, competitors - both established and new - have introduced a range of new financial solutions, from a map of consumer trends around the country to a way of analyzing consumer trends for small businesses.

Amid a recent economic slump, credit card companies have been focusing on boosting the businesses that have been hit the hardest.

The application also analyzes data from customers in real time and is able to provide data such as sales trends by time, gender or age.

Analyzing the regional viability of businesses is also possible as the app provides information such as the average operation rate of a business in a certain region and records of newly-opened or closed stores.

Shinhan last year even changed its organization structure to focus on its digital and big data platform business. Shinhan Card explained that the move emphasizes its commitment to strengthen its future competitiveness.

The card company is offering similar services to Shinhan through its LINK biz Partner platform, but has also partnered with larger companies such as Emart Traders, a warehouse chain operated by Shinsegae Group.

Samsung’s platform gives recommendations on marketing promotions based on data from consumers who are likely to visit the stores. It can conduct simulations with each promotion to assess its impact.

Using its big data platform for the launch of the Wolgye branch of Emart Traders, in northern Seoul, in March, Samsung Card recorded a transaction sum over the branch’s first two weeks that was 142.7 percent larger than those at other newly-opened branches.

The card company said it utilized its data pool to analyze customers who were likely to visit the Wolgye branch and created promotions based on their preferences.

The share of customers using Samsung Card at the Wolgye store was nearly 60 percent compared to an average 35 percent at other branches.

As well as partnering with big businesses, Samsung Card also created a map last year that organizes the country into 73,000 areas based on consumer trends.

Analyzing 1.5 billion pieces of consumer data from its 11 million users across 2.1 million stores, the map is offered to businesses that use Samsung Card. The company explained that the map will help small and medium-sized businesses understand market trends and consumer habits by region.

Other card companies provide similar promotion recommendation services, such as BC Card’s My Tag and Lotte Card Life and Loca, a chatbot. 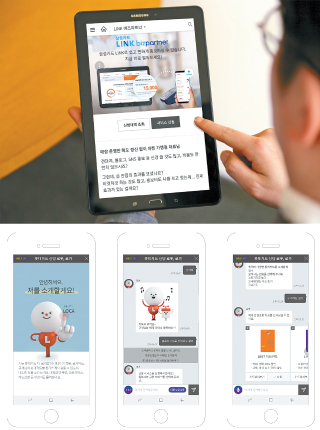 For example, the AI system is able to determine that a female user in her 30s is pregnant by analyzing her transaction records for signs such as visiting a gynecologist and purchases of baby products, according to Hyundai Card.

The system would then recommend credit cards based on her needs or partnered child care services.

“Big data is utilized in almost all aspects, from service development, customer marketing, credit rating and others,” said a Hyundai Card spokesperson.

In addition to established companies, start-ups are also utilizing the technology.

Finance start-up Rainist in 2017 launched Bank Salad, a mobile budget app that also provides credit card recommendations based on user spending data. After a single authentication process, Bank Salad compiles user’s assets, income and spending data, which the system analyzes to recommend the ideal credit card out of the more than 3,000 cards available in Korea. The mobile app was downloaded four million times.

Late to the party

Despite growing interest from credit card companies to make use of big data, they are still at an early stage in development.

While Hyundai Card has been swift to adopt the technology, its big data fashion search service PICO is still at an experimental stage.

Shinhan Card’s MySHOP Partner app has yet to seriously take off with just over 10,000 downloads on the Google Play store.

Experts agree that the government has to ease the rules on big data in order for it to take off.

Under Korea’s three information privacy laws, personal information, including data that has been de-identified, can only be used with the user’s consent.

“In order for data to be utilized [for commercial use], users have to consent every time, which makes it virtually impossible for the companies to use the data,” said Yoo Jung-joo, head of the corporate innovation team at the Korea Economic Research Institute (KERI) under business lobbying group Federation of Korean Industries.

“Exceptions to the rule [through the regulatory sandbox] show a government direction to ease regulations on the surface. However, there needs to be a fundamental measure,” added Yoo.

Korea’s late entry into the global race to incorporate data analysis compounds worries that it is lagging behind.

“Data has become so important that we are now calling it the data economy,” said Son Seung-woo, a professor of industrial security at Chung-Ang University.

“[Because of its] crucial role, data has to be commercially used, but it conflicts with existing laws,” explained Son, adding that countries such as Japan and the United States allow commercial use of data that has been de-identified.

Meanwhile, amid a recent global debate over personal information on social media being shared with businesses, such as Facebook’s data-sharing policies, concerns remain about card companies’ potential reach in data analysis on platforms such as social media services.

Governments across the world have taken measures to allay such fears.

Last year, the European Union implemented the General Data Protection Regulation to protect consumer privacy and data through a series of measures such as allowing individuals more power to have personal information held by companies deleted.

The Korean government has tried to keep up with the global movement by proposing the three existing privacy laws be streamlined into one for a unified policy in November last year.

The proposal, however, remains in limbo at the National Assembly.

“Korea has one of the strongest privacy laws in the world, yet we lack a strong command center that can oversee their implementation,” explained Son, acknowledging the concerns surrounding privacy. “The proposal last year includes creating this organization. … With the National Assembly currently at a standstill, companies don’t have access to data while other countries are racing past.”