Fans have been waiting for over two years, and now the wait is over. Singer Jeon So-mi will be releasing her solo debut on June 13, according to her agency The Black Label. 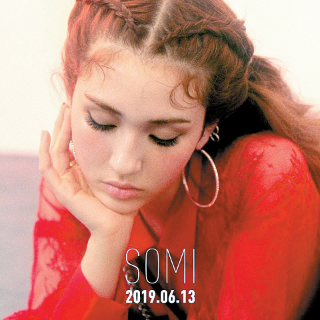 Jeon posted two teaser images earlier in the month, but the official date was confirmed Monday.

“Somi will be heating up the entertainment industry this summer with her unique charms,” the agency said.

Jeon won first place on the first season of Mnet’s audition program “Produce 101,” and spent the subsequent nine months performing with I.O.I, the 11-member girl group that was formed from contestants of the show.

She joined JYP Entertainment soon after she debuted with I.O.I, but broke off the contract in August 2018. The following month, she joined The Black Label, which was founded by YG Entertainment producer Teddy.