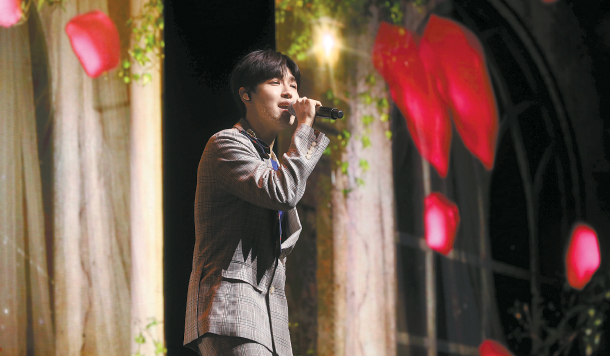 Kim Jae-hwan sings during a showcase on Monday which was held at the Yes24 Live Hall in Gwangjin District, eastern Seoul. Kim made his solo debut on Monday with his EP “Another,” his first work after performing as a part of the 11-member project boy band Wanna One. Kim wrote all the songs on the EP, including the lead track “Hello.” [YONHAP]