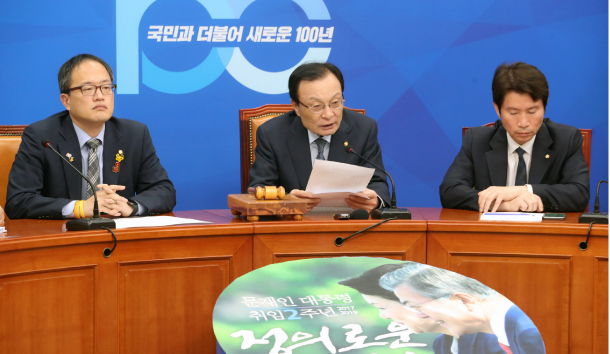 Ruling Democratic Party Chairman Lee Hae-chan announces a plan to apply a semi-public operation system to transportation systems, including buses, after bus unions threatened last week to call a general strike as a result of the government-enforced 52-hour workweek. [NEWS1]

Spending has to depend on income. If you spend more than you earn, you will fall into debt. If you cannot pay back your debt, you will go bankrupt. This is why households and businesses need to stay within their budgets. Yet there are also other cases. Some manage to spend wastefully without worrying about their debt. These companies, ridden with debt, get to survive. These are state-owned companies in socialist systems.

In order to explain the inefficiency of state-owned companies, Hungarian economist János Kornai came up with the idea of the “soft budget constraint syndrome.” As the government makes up for debt, state-owned companies execute budgets regardless of their income and become inefficient. That also triggers adverse side effects, mass-producing zombie companies living with government support.

What reminds me of the soft budget constraints is the government-proposed semi-public operation of buses in Korea. When bus companies incur deficits, local governments provide funding. Seven local governments — including Seoul’s — already provide subsidies in order to prevent routes necessary to residents from disappearing after suffering from deficits.

The public benefit of the buses can be secured, but moral hazard cannot be avoided. Bus companies become slack in their management, handsomely paying executives and hiring their families and friends. As a result, government subsidies surged. Last year, local governments provided a whopping 1.652 trillion won ($1.38 billion) to bus companies. According to the Public Policy Institute for People, the size of financial subsidies from local governments increased by as much as 170 percent compared to the initial introduction of the system in 2016.

More taxpayer money is expected to be spent on buses. As a bus crisis is expected as a result of the government-enforced 52-hour workweek starting in July, the Moon Jae-in administration announced a plan to make express M-buses and other regular commuter buses semi-public. This is estimated to require 1 trillion won. Thanks to the soft budget constraints, state-owned companies in socialist states were called “iron-clad jobs.” The bus companies, whose deficits are made up by the government, are no different. The taxpayers will break their backs to fill a bottomless pit.