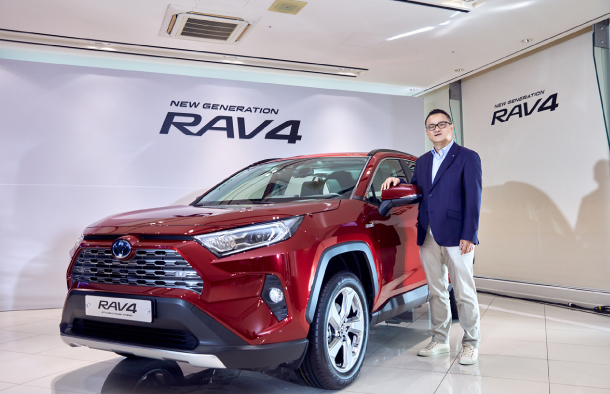 Nobuyuki Takemura, president & CEO of Toyota Korea, poses for a photo with the New Generation RAV4 SUV, fully updated for the first time in six years on Tuesday at Toyota’s Yongsan showroom in central Seoul. The SUV’s price ranges from 35.4 million won ($29,595) to 45.8 million won. The car comes in either gasoline or hybrid models. [TOYOTA KOREA]