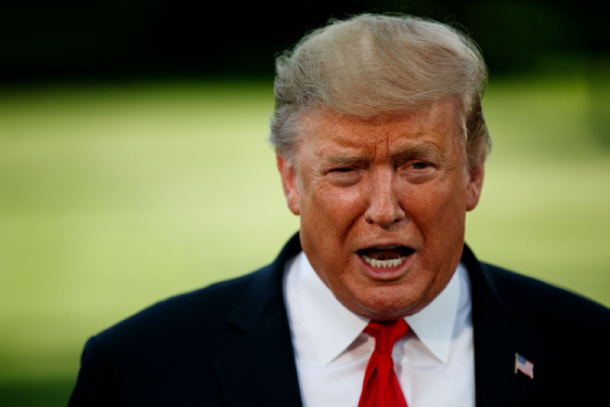 Trump told Fox News in an interview that aired Sunday that he told Kim during their summit in Vietnam in late February, “Look you’re not ready for a deal” because the North Korean leader “wanted to get rid of one or two sites, but he has five sites.”

Trump said he asked Kim, “What about the other three sites? That’s no good - if we’re going to make a deal, let’s make a real deal.”

He did not detail the locations of the five nuclear sites.

When asked what nuclear facilities Trump was referring to, a Blue House official said Tuesday, “Our government is closely monitoring the North Korea issue. But it is not appropriate for us to confirm the conversation between the leaders of North Korea and the United States.” Likewise, the official said that the Blue House “could not confirm” the location of the five facilities mentioned by Trump.

Some analysts like David Albright, president of the Institute for Science and International Security and a former International Atomic Energy Agency (IAEA) nuclear inspector, noted to Radio Free Asia Monday that Trump’s mentions of the five sites appear to be just a “vague estimate” of North Korean nuclear production complexes.

Trump took a softer tone on Pyongyang and told Fox News that North Korea “haven’t had any tests over the last two years - zero.”

But Trump in an interview with Politico on May 10 downplayed the latest missile test, calling them “short-range” and “very standard stuff.” He said he did not “consider that a breach of trust at all.” His latest remarks underscored his stance that North Korea has not broken its pledge to halt nuclear and long-range missile tests, seen as a goodwill gesture toward the diplomatic engagement with the United States.