Clean energy as an investment

Clean energy as an investment 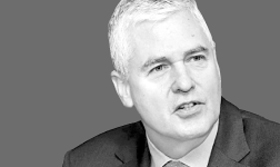 Renewable energy has gained a foothold in many countries as the technology of choice, accounting for one-third of the world’s total energy capacity. According to a recent report by the International Renewable Energy Agency (Irena), renewables and electrification can help achieve more than three-quarters of global emissions-reduction goals, demonstrating a positive outlook for energy sources. The energy transformation has picked up momentum over the past few years due to a combination of better technology, lower prices and the benefits of scale, leading countries to realize the immense renewable potential, which could meet the global energy demands by 2050.

Back in 2015, more money was invested in renewables than fossil fuels for electricity production for the first time and now, renewable-power prices are competitive with traditional sources of power, turning what was once a novel approach to energy generation into a big, viable business. New solar photovoltaic (PV) and wind energy plants are more profitable than fossil and nuclear plants in a fast-growing number of regions around the world. 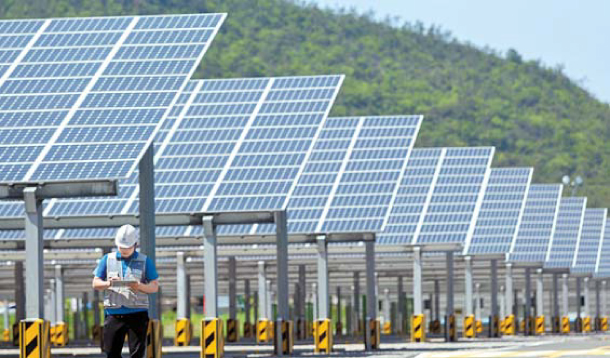 The Global Wind Energy Council projects that by 2023 offshore wind energy will account for almost one-quarter of world wind generation, with Britain, Germany and China leading the way. At the opening ceremony of the second Belt and Road Forum for International Cooperation (BRF) in Beijing, Chinese President Xi Jinping gave a remarkable speech on China’s commitment to multilateralism, opening up the country’s economy, breaking down subsidies and tariffs and promoting high quality green development in the interest of peace and prosperity across the world. At GGGI, we are exploring how that commitment can translate in acceleration of renewable energy uptake in developing countries, using Chinese expertise and technology.

Global investment in renewable energy capacity has soared over the past 10 years, as wind and solar have emerged as cost-effective power sources. Hydropower attracted the most investment in renewable energy up to 2008, while wind turbines were at the forefront in 2009, and solar panels became the dominant investment choice by 2016. In 2017, more investments were made in solar than in all other low-carbon technologies combined. Analysis by the investment bank Lazard shows that it’s now cheaper to build a new wind farm than to keep a coal plant running.

Both the wind and solar industries are driving down cost and improving technology performance, and the technologies are now better positioned to compete than ever before. This also indicates that we can now bust the myth that green growth, growing the economy sustainably, is an expensive option. Solar energy, even combined with batteries for energy storage, is already commercially attractive where diesel energy is the alternative such as in small islands off the grid, or when power outages are common.

At GGGI and our 32 member countries we believe that green growth is the only viable option for a sustainable future — and that it is already commercially attractive in many cases. While solar and wind energy dominate the disruption in electricity production, bioenergy remains the leading source of renewable energy due to its use for heating buildings and in transportation. Renewables are expected to continue their expansion in the next five years, covering 40 percent of worldwide energy consumption growth.

Potential on the peninsula

According to Hans-Josef Fell, President of the Energy Watch Group, peace and prosperity on the Korean Peninsula can be achieved through renewable energy, adding that the real challenge lies in responding to air pollution, climate change and nuclear disasters — all of which can be solved by transitioning to a 100 percent renewable energy future. What Korea needs is an institutional strategy and government support on research and development to make 100 percent renewable energy transition a reality. But above all, in order for renewable energy to become a key energy source in the future, it is crucial to continue developing technological systems and approaches, enhancing institutional capacity and practices and raising public awareness about the impacts of climate change.

In GGGI’s host country, Korea, the combined share of coal and nuclear power still account for 70 to 80 percent of the total. Korea recently increased the renewable energy share to 4 percent from 1 percent and the government aims to raise this to 20 percent by 2030. Korea’s Ministry of Trade, Industry and Energy will continue its policy of developing a competitive renewable energy industry and work toward becoming a net exporter of energy through ministerial cooperation, increasing the number of joint projects and obtaining the necessary strategic technologies.

Britain is a world-leader on clean growth and green finance and is pioneering efforts to build greater resilience to climate change. Britain was the first country to use coal for electricity production in the 1880s. The country has also seen no new coal power plants built since 2008. The reason for this is mainly due to policy choices made by the British government. In 2012, Britain still had 40 percent of coal in its energy mix and by 2016, this reduced to less than 10 percent. Last year, coal’s share in the energy mix was 1.3 percent.

The increase in competition of the wholesale market for renewable energy development, particularly offshore wind led to a decrease in the share of coal in the energy mix. Also, the British government is committed to phasing out coal completely by 2025. Britain and Canada now lead the Powering Past Coal Coalition that has attracted 30 countries (eight of which are GGGI’s members) committed to phasing out coal.

Norway is also a world leader when it comes to renewable energy. The sales of electric vehicles accounted for a record 60 percent of all new car sales in March 2019. Norway exempts electric cars from registration tax and reduces the road tax by 50 percent. In addition, it is also cheaper to charge electric cars than buying gas or diesel. Norway’s vice minister for the Environment, Atle Hamar, said that he believes that a positive user experience is another reason why electric cars are booming in the country. While high-profile electric cars like Tesla’s Model 3 make up a large share of electric cars in Norway, the real threat to fossil-fuel cars comes from ordinary cars like the Hyundai Kona or the Kia e-Niro. Ordinary family cars, already cheaper over their lifetime than their internal combustion counterparts, may become purchase price-competitive in the next five to six years. The Norwegian government set a target to have 100 percent of new car sales be zero-emission, i.e. electric, by 2025. Having adequate infrastructure facilities will be required to offer a viable path to zero emission transport. Norway has also had a carbon tax since 1991 and joined the EU Emissions Trading Scheme in 2003. The combination of the carbon tax and the emissions trading system means that oil and gas companies on the Norwegian shelf pay up to $60 per ton for their carbon dioxide emissions, which is higher than in other sectors in Norway and very high compared with carbon prices in other countries.

Mongolia has one of the coldest winters on Earth, where many low-income households in the ger (tent) districts burn low-grade brown coal, the cheapest way to keep warm. This contributes to 80 percent of Ulaanbaatar’s winter emissions, giving it some of the worst air pollution on Earth. To deal with this, Mongolia has set a target to achieve the goal of renewable energy accounting for 20 percent of all power by 2020 and 30 percent by 2030. Today, about 7 percent of the total energy comes from renewables and by the end of this year, Mongolia expects that number to be doubled.

However, it is difficult for renewable energy to compete with coal for heating purposes because Mongolia does not have viable or at least affordable technology for heating supplies based on renewable energy. Also, a big issue is that cities in Mongolia do not have geothermal energy resources. As a short-term measure to solve the air pollution issues, the government is proposing to use electricity for heating supplies and to provide a subsidized price for consumers at night time. As a long-term solution, Mongolia envisions to introduce renewable energy technologies for consumers and households.

Denmark is well-known for heating in a very efficient way. The country has changed a large share of households from burning gas or oil to using district heating. Copenhagen has been a first mover in this area. One of the advantages with district heating is that it gives an opportunity to utilize the surplus heat in Copenhagen’s energy production and lower the cost. The city has been using fossil fuels for district heating, but now it is now adapting to sustainable biomass, waste energy and energy from municipal waste. The city will continue to test new technologies that can come into district heating such as new geo-thermal energy and heat pumps. Renewable energy powered heat pumps, a sort of reversible refrigerators, have very large potential to reduce emissions from heating and cooling buildings. Copenhagen aims to have new district heating plants that will reduce 80 percent of carbon dioxide emissions.

Despite all the good news, greenhouse gas emissions are not coming down fast enough to avert a climate disaster. We will need to find ways to accelerate renewable energy adoption. That is particularly true for the least developed countries, where renewable energy not only helps reduce emissions but also has a key role in increasing access to clean energy for all. In many least developed countries only 20-30 percent of the population have access to electrical energy, instead relying on unsustainable and unhealthy biomass energy such as fuelwood and charcoal for basic needs such as cooking. How to accelerate renewable energy access in least developed countries is the subject of the Global Conference on Scaling-up Energy Access and Finance in Least Developed Countries, which will take place in Beijing on May 30-31.