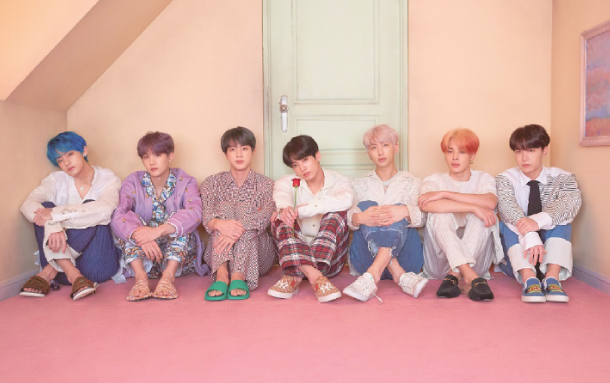 BTS is staying strong on the Billboard charts, continuing its streak of success on both the Billboard 200 albums chart and the Hot 100 singles chart for the fifth consecutive week.

According to the latest update of the U.S. music chart on Tuesday, the septet’s latest EP “Map of the Soul: Persona” stayed at No. 17 of the 200 albums chart, along with the lead track “Boy With Luv” ranking No. 61 on the Hot 100 chart.

“BTS maintained its position on Billboard for five weeks in a row, after the album debuted on the Billboard 200 chart at No. 1 and [“Boy With Luv” entered the] Hot 100 chart at No. 8 on April 27,” Big Hit Entertainment said.

BTS is also sitting atop on the Social 50 chart for the 97th week in a row, and the 127th week in total, setting a new record for themselves.

Sitting at No. 2 of the Social 50 chart is another boy band from Big Hit Entertainment, Tomorrow X Together. The five-member act set a record for themselves and any rookie artist in Korea, ranking second on Billboard’s popularity chart on the chart’s latest update.

“They have proven themselves as a globally recognized rookie, by going up six steps from No. 8 last week,” said the agency.

Tomorrow X Together made their debut on March 4 and is currently on their world showcase tour.