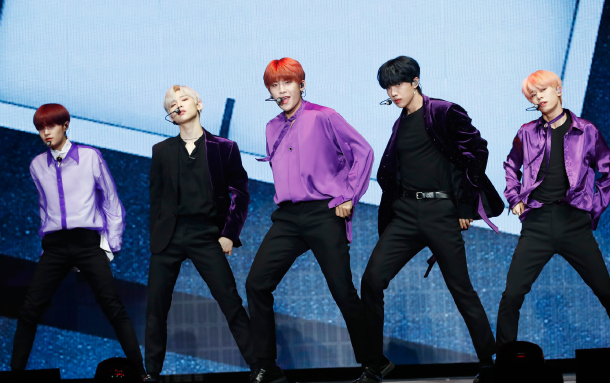 AB6IX performs during a showcase on Wednesday at the Olympic Hall in southern Seoul. The five-member boy band dropped its first EP “B:Complete” on Wednesday. The group received attention before its official debut because members Lee Dae-hwi (far left) and Park Woo-jin (center) had been a part of Mnet’s project boy band Wanna One until last December. [NEWS1]