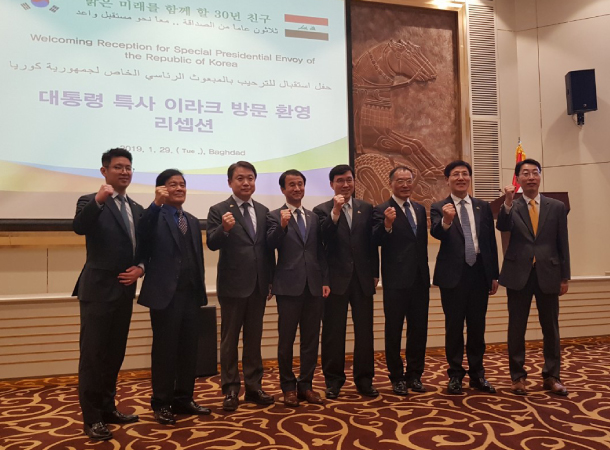 Hyundai Engineering & Construction (Hyundai E&C) said Wednesday it won a letter of intent for a $2.45 billion worth order to build a seawater supply facility in Iraq.

Once the deal is finalized, it will be the first overseas order won by the company this year.

The order was from Iraq’s state-run Basrah Oil Company for the country’s Common Seawater Supply Project. Under the project, Hyundai E&C will build a plant to process seawater and supply 5 million barrels of water to oil wells in the southern part of Basra per day. The water will help boost Iraq’s oil production, as well as its economy, the company said.

The builder said construction will take 49 months after ground is broken. It is currently the exclusive winner of the massive project.

Hyundai E&C said the new deal is meaningful in that the country and the state-run oil company showed trust in Hyundai’s technologies and know-how presented in the process of carrying out the Karbala Refinery Project in Iraq. The company won the project in a consortium with other builders in Korea in 2014.

The company said the Korean government did its part as well by sending special presidential envoys to Iraq in January to cement friendly business partnerships marking the 30th anniversary of the establishment of diplomatic ties between the two countries.

Hyundai E&C said it is hoping to win more overseas orders this year focusing on the Middle East and Asia.