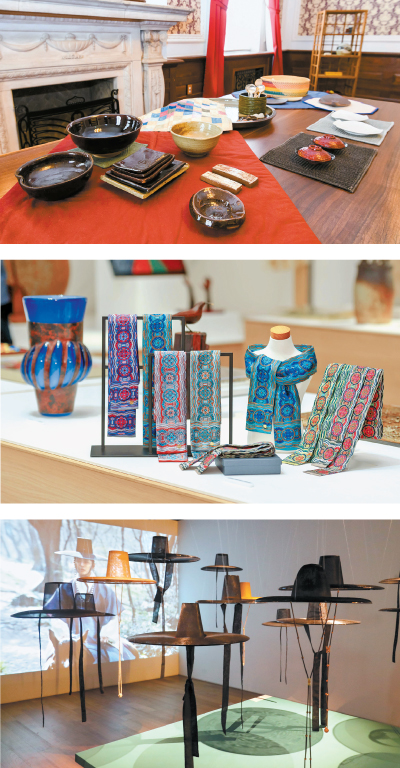 The country’s largest annual local crafts festival is back, and it’s become bigger than ever.

Last Friday, the Ministry of Culture, Sports and Tourism and the Korea Craft & Design Foundation (KCDF) kicked of “Craft Week 2019,” a 10-day festival where hundreds of studios, galleries and art organizations come together to display the work of local craftspeople.

Unlike last year’s inaugural festival, which featured 158 venues from Seoul and the neighboring regions, Craft Week 2019 is a nationwide affair. Around 360 locations across the country - including Busan, Jeju and more - have opened their doors to the public, hosting exhibitions, sales, lectures and other interactive activities including make-your-own-craft sessions.

An eclectic display of hanbok (traditional Korean clothing), dishware, furniture and other prized possessions from 26 collectors served as the main event in Seoul this year. Held at the Culture Station Seoul 284, the restored Seoul Station building, the event also granted visitors the opportunity to explore the red brick Renaissance-style building, as the collections were placed in different locations within the station like the Women’s Waiting Room and the Stationmaster’s Office. 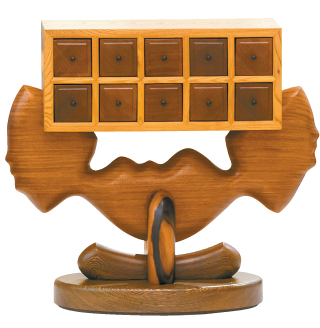 A jewelry box by Kwak Woo-seup, a member of the Korea Crafts Council. His work is displayed at Culture Station Seoul 284. [KCDF]

A special display of works by the Korea Crafts Council, which boasts the largest membership of Korean craftspeople, was also held in the station’s Third Class Waiting Room. Some 104 artists contributed their works, using diverse materials ranging from glass and clay to fabric and metal.

Another large exhibition was held at the KCDF Gallery in Insa-dong, a tourist hot spot filled with antique stores and traditional tea houses. Titled “the praxis,” the exhibit featured some 100 works by 25 artists with a special focus on discussing “the function of craft in social relations.”

Notably, clips from Netflix’s original Korean series “Kingdom” played alongside an array of gat, or traditional Korean men’s hats made from bamboo or horsehair created by master craftsperson Park Chang-young and his son Park Hyeong-bak.

Though Craft Week officially only runs from May 17 to 26, some exhibits, including “the praxis,” which goes until June 8, will be open much longer.

The closing ceremony will be held in Busan’s F1963 center this Sunday. The market-themed exhibit that was hosted in Culture Station Seoul 284 last year will be showcased in Busan this weekend, offering visitors plenty of crafts to see and buy.

Organizers also took the opportunity to give Koh Bo-Hyung and Arumjigi “This Year’s Craft Award” in the artist and organization categories.

Craft Week attracted around 200,000 visitors last year. This year, the festival is expected to engage with many more.

“We hope that more people will be connected to crafts through Craft Week,” said Rheem Mi-sun, head of craft division at the KCDF. “We will continue to reach out to encourage more venues and regions to participate.”