The politics of pensions

The politics of pensions 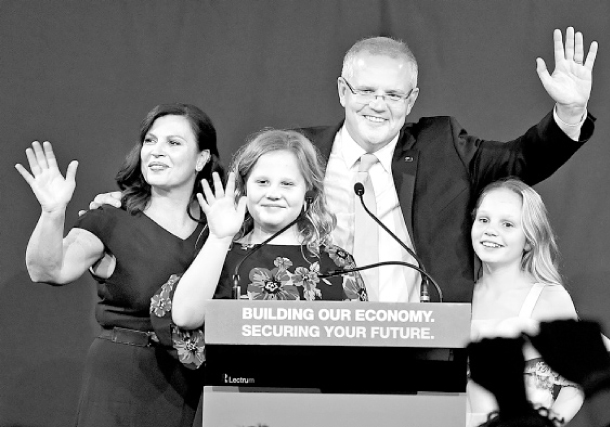 KANG HYE-RAN
The author is head of the international, diplomatic and security team at the JoongAng Ilbo.

During the Australian federal election on May 18, I was visiting Australia to attend a Korea-Australia media exchange program hosted by the Korea Press Foundation. In the unexpected victory of the ruling Liberal-National coalition, the Labor Party was considered to have “lost an unlosable election.” I was curious about how voters felt.

Helen Johnstone of the Walkley Foundation, with whom I met the next day, explained that her in-laws were worried about the tax reform, one of the main promises of the Labor Party. Toward the end of the campaign, the Labor Party announced a tax increase plan on the “top end of town.” As much as 32 billion Australian dollars ($22 billion) will be collected from the top 10 percent of taxpayers to use on welfare, such as childcare and school facilities. Scrapping tax exemption for “superannuation” was especially controversial.

Superannuation is the mandatory retirement pension system started in 1992 where workers are required to contribute a certain portion of their earnings — 9.5 percent now and to be gradually upped to 12 percent. As the pension has a strict mandatory subscription policy, people cannot take out money before retirement without legally approved reasons. But the Labor Party advocated retracting tax exemptions on high-income earners among the superannuation recipients. The public was stirred as the ruling party attacked it as “another tax hike” on the retirement fund. The election frame shifted from “judgment on the administration” to “fair taxation.”

Australia is considered to have better retirement plans than other developed countries. Aside from the superannuation, which raked in 9.5 percent in profit last year, the national senior pension is linked with the average income of workers to guarantee an optimum level of living. What supports the fund is the population structure. Australia’s birth rate was 1.76 in 2018, higher than Korea’s 0.98 and other Group of 20 countries. Annual influx of 160,000 immigrants also contributes to the labor force. The Labor Party’s plan to resolve the economic disparity by tapping into the retirement pension of the rich failed.

Many Koreans paying pension premiums are at a disadvantage because Korea’s aging population and senior poverty rate are the world’s highest and the birthrate is the world’s lowest. The fund for the National Pension Service is on the verge of exhaustion, but the retirement pension that can supplement the national pension had a mere 1-percent profit as of the end of last year. I even envy the controversy of raising taxes on the rich in Australia. I am suspicious and worried whether any of our political parties have a plan to reform the pension system for Korean voters to decide in next year’s general election.