Ola Kallenius was appointed the chairman of the board of management of Daimler AG as well as the head of the Mercedes-Benz Cars division under the auto group at the end of an annual shareholder meeting held Wednesday in Germany. 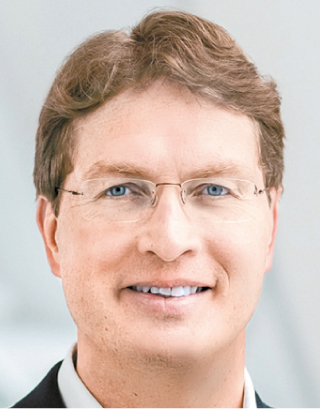 Dieter Zetsche, who has been heading Daimler for the last 13 years, officially stepped down.

Zetsche spent over 40 years at Daimler after entering the company in 1976 and was appointed chairman in 2006 when the group was suffering from falling performances after acquiring Chrysler.

“He has successfully led Daimler back to the top, also through difficult terrain,” said Manfred Bischoff, chairman of the supervisory board of Daimler.

Though Daimler and Mercedes-Benz saw many changes under Zetsche’s leadership, the new chairman is ambitious to bring more to the German auto giant.

Just last week, ahead of his inauguration, Kallenius announced the “Ambition 2039,” a plan to operate a carbon-neutral car fleet by 2039.

Under his leadership, Mercedes is expected to aggressively push to launch electric and plug-in hybrid lineups.

On May 13, Kallenius told the Korea JoongAng Daily that the Korean market is “incredibly important” for Mercedes’s business and future car strategy, calling it “one of the best, if not the best, connected market in the world.”