‘Rocketman’ brings the magic of Elton John to theaters

‘Rocketman’ brings the magic of Elton John to theaters 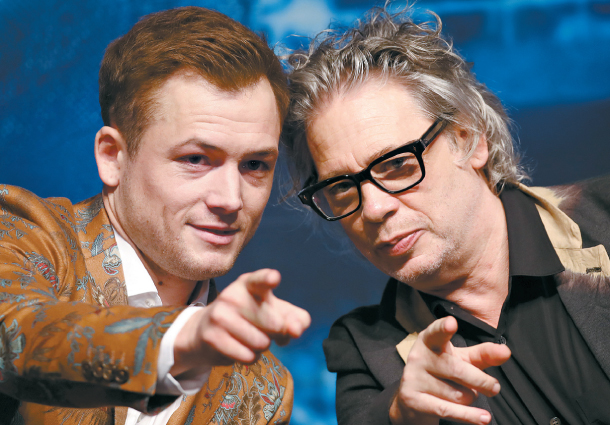 Young actor Taron Egerton and director Dexter Fletcher made a stop in Korea on Wednesday after their film “Rocketman” had its world premiere at the 72nd Cannes Film Festival in France. The two attended a press conference on Thursday at Lotte Cinema World Tower, southern Seoul.

“Rocketman” is a musical film about singer Elton John, portrayed by Egerton, featuring 20 of his legendary songs. For the actor, being able to play the legendary artist “was something which was always appealing to me, because I’m a singer [too].”

The actor and director added that the singer was very involved in making the film and they were able to reach out to him to check facts. Yet John also gave them the space to not feel too pressured and to fill the story with their own creativity, for which Egerton had “endless gratitude.”

Throughout the process of making the film, Egerton reached out to John to ask him questions and the two eventually became close.

Although the film is essentially a biopic, the director said it was more poetic to him because he tried to depict “the heart and mind of a great artist talking about his life and how he got to be the person he is today.”

According to the director, the title “Rocketman” is a direct comparison to the singer’s life. Fletcher said that the singer brought brightness and magic to the world while triumphing through his own battles.

But to truly feel why the movie is titled “Rocketman,” the director insists, “you should go and see the many reasons why.”

The biopic is slated to hit local theaters on June 5.