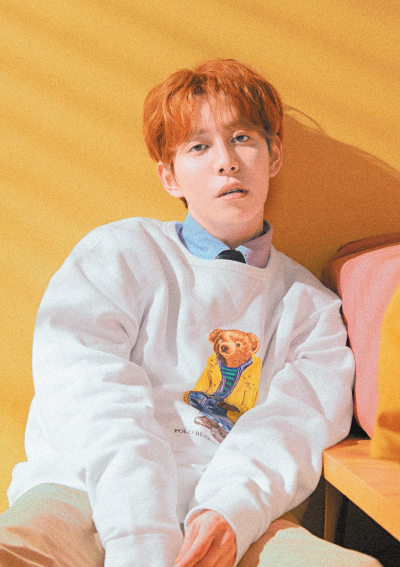 If you are feeling lazy today, singer Park Kyung knows just exactly where you’re coming from. Park released his latest single “Gwichanist” on Thursday, a laid-back jazzy-pop track with lyrics that he wrote on days that he was feeling helplessly tired and lacking the energy to take a single step out of bed. The title “Gwichanist” is a pun of the Korean word gwichan - to feel lazy and tired - and the English suffix -ist, to mean “a lazy person.”

“I wrote the song when I felt like I couldn’t be bothered with anything at all,” he said in an interview prior to the track’s release. “I thought, ‘Wow, I seriously can’t do anything today,’ and realized that people would really see themselves in my shoes.

“Gwichanist” is Park’s eighth solo work, after he released his first solo track “Ordinary Love” with singer Park Bo-ram in 2015. The rapper-slash-singer has since flexed his songwriting talents on projects like his duet “Inferiority Complex” (2016) with Eunha of GFriend, his first solo EP “Notebook” (2017) and his previous single, “Instant” (2018) featuring singer Sunmin. Different people might have different thoughts on his songs, but he hopes that he comes across as someone who “makes songs that are nice to listen to.”

“I introduce myself as that, and it’s also my goal as well. It has nothing to do with the genre, or the instruments that you use - people say whether a song is good or not, or whether they like it or not, just seconds after listening to a song. I hope that my songs make people say, ‘This is really good.’ Some people might take that as being plain, but I like to keep myself away from being too hardcore or dark,” he said. 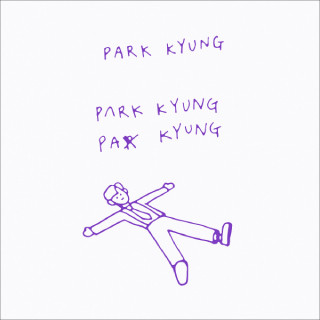 As easygoing as the song may sound, the music video for “Gwichanist” is definitely not something that people will expect. The singer warned that the music video “may have a lot of advertisements,” which helped to reduce production costs to zero, and “may” is certainly an understatement. But the video is still amusing. The video begins with Park looking at his office surrounded by advertisement leaflets, then shifts the scene to Park laying down on the bed and talking to “Google Home” - Google’s smart speaker product.

The scenes are each filled by advertisements for different brands and products, each suiting the needs of “tired” Park in different situations. The “Bodyluv” mattress lets Park sleep like a baby and Kakao Bank lets him take care of paying at a restaurant with his friends, and so on.

The music video has the perfect balance of commercialism and wit. According to Park, keeping that balance is a challenge for him while writing music - not just for this song, but for every track he works on.

“If you try to be too witty, then people won’t really feel the same way you do. But you still have to refrain from being a cliche. It is hard to find a balance between those two,” he said.

The balance he found is visible in some of the lines of the song, such as, “It feels like my blood is running slow,” or “They say you can sleep when you’re dead, so I’m going to live like I’m dead.”

“Whenever I’m trying to come up with lyrics for a new song, I spend a lot of time talking to my friends or people around me to hear their thoughts on a subject,” he said. “Because if I just watched movies or read books, then the stories I would get would be quite fabricated, or at least dishonest.

“For instance, for ‘Inferiority Complex,’ I asked my friends who were couples, ‘How do you think you’re going to react when you’re out on a date with your girlfriend and she stares at another man who’s a lot more handsome and taller than you are?’ They give me really raw reactions that I then jot down. And when I get home, I write everything down that I can think of - like a visual mind map.”

Outside of his singing career, Park is also known on television as the “only Mensa-member idol.” Not only did he excel in all kinds of riddles and quizzes on channel tvN’s quiz show “Hot Brain: Problematic Man” (2015), Park also became a member of Mensa Korea when it was revealed during the show that he had a whopping 156 IQ level. But as grateful as he is for being recognized as smart and clever, Park is humble - and almost skeptical - about his intelligence.

“I’m actually not that smart, and so it comes across as a burden sometimes,” he said. “I was scared that I might have to act like I know everything, but I’ve let go of that now. I just say I don’t know something when I don’t […] I actually think that the riddles were just the kind of things that I, fortunately, was good at. I’m really grateful for being cast on such an amazing show.”

He had a rough year in 2018 - his boy band Block B lost its leader when Zico decided not to renew his contract with his agency and the other members of the group began their mandatory stints in the military. Block B put on its last concerts on Jan. 27 and 28 last year. It is likely the last concert in which all the members will perform together.

“This year, I’m going to be a busy bee. I’m going to release more songs and even maybe have an album out,” Park said.

Park’s concert with Taeil, another member of Block B, will be held today and tomorrow at the Blue Square iMarket Hall in central Seoul. Taeil also recently released a solo track, titled “Staying Star” on May 10.

“There are younger stars who are so much better than I am in many ways,” Park said. “The people who used to like me for my looks are gone, but I like it better that way. I know that, now, the people who are still with me like me for who I am and the music I make [...] The concert venue might be smaller now, but I want to be a singer whose fans keep returning to their concerts once they see me perform.”