The case for war with Iran

The case for war with Iran 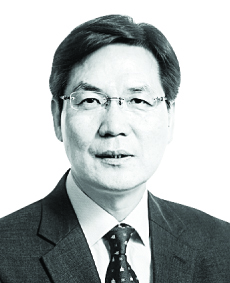 If the United States attacks Iran, it will be like killing five birds with one stone. For U.S. President Donald Trump, the threats imposed by Iran are another sticking point in his global denuclearization drive.

At a time when nuclear talks with North Korea are at an impasse, Iran has warned it could resume its development of nuclear weapons. North Korean leader Kim Jong-un has recently chided former U.S. Vice President Joe Biden while refusing to give up his nuclear weapons, and Iranian President Hassan Rouhani is set to further announce reduced commitments to the international nuclear pact signed in 2015, known as the Joint Comprehensive Plan of Action. The United States will find it difficult to stand against two military powerhouses at once. But with Iran, the chance of a “limited war” remains valid. It could teach North Korea a lesson.

Now is not the best time for Trump to seriously consider any limited strikes on Iran, but Iran’s nuclear issue eventually has to be resolved one day. If Washington decides to engage in a limited war with Iran, it could lead to resolving the North Korea nuclear issue as well.

Iran has vast territory with an estimated 640,000 personnel in the military, including some 520,000 troops in the Armed Forces of the Islamic Republic of Iran. So if the United States were to go into an all-out war with the country, it could risk great casualties. The clever way to get rid of Iran’s nuclear threat would be to engage in a limited war by strategically striking only Iran’s nuclear program. Reports that the White House is reviewing plans to send 120,000 troops to the Middle East in the event that Iran speeds up its development of nuclear weapons or strikes U.S. forces in the region would be plausible.

There’s a high chance that Washington’s limited war on Iran will succeed because Iran’s most populous areas are surrounded by mountain ranges. The northern parts of Iran, where the capital, Tehran, is, are separated from the southern part of the country that faces the Persian Gulf by mountains as high as 4,000 meters (13,123 feet) to 5,000 meters. So it wouldn’t be easy for U.S. troops to go over those mountain ranges to advance to the inland areas, which also means that the main forces of Iran’s military would also find it hard to move to the southern regions if the United States ever decides to attack there. Southern Iran is close to Saudi Arabia and the United Arab Emirates (UAE), so the United States could call for support from those two allies if the war ever nears the Persian Gulf. 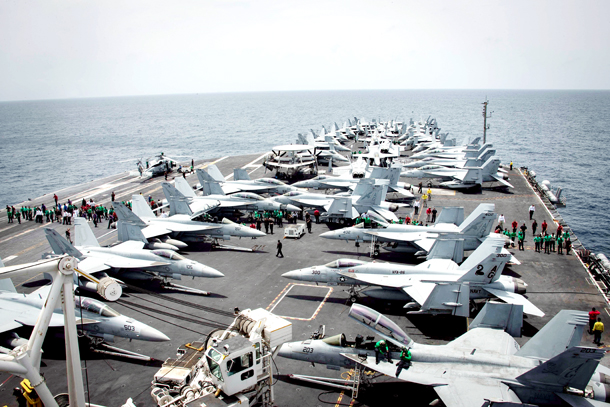 A photo from the U.S. Navy shows sailors partaking in a foreign object and debris (FOD) walk-down on the flight deck of the Nimitz-class aircraft carrier USS Abraham Lincoln (CVN 72), in the Arabian Sea on May 19. The Abraham Lincoln Carrier Strike Group (CSG) 12 is deployed in the region amid heightened tensions between the United States and Iran, with both saying they don’t seek war. [EPA/YONHAP]

If the United States ever decides to go through with its plan to carry out a limited war against Iran, the first to be attacked would probably be Iran’s antiaircraft and antiship missiles along the southern coast of the Persian Gulf, as well as its naval base there. Those missiles are the greatest threats to the aircraft and oil tankers coming and going from Saudi Arabia, Kuwait and the UAE. The U.S. Navy’s Tomahawk missile can destroy all of Iran’s fixed missiles at once. Tomahawks can travel more than 1,300 kilometers (808 miles) and are accurate to within 3 meters. Except for three corvettes — including the 900-ton Bayandor-class patrol frigate — most of Iran’s naval ships are small vessels like patrol killers that can easily be crushed by the U.S. Navy’s antiship missiles. But it won’t be easy to destroy all 22 of Iran’s submarines, including three 2,300-ton Russian-built Kilo-class submarines and multiple 120-ton Ghadir-class submarines, which were modeled after North Korea’s Yono-class submarines. Iran’s small diesel submarines and submersibles, on the other hand, can stay submerged for only one or two days.

Iran’s Air Force will likely retaliate with its F-14 and MiG-29 fighter aircraft in the event of war. Iran operates 40 F-14 fighters that were acquired from the United States in the early ’70s during the Pahlavi Dynasty and around 300 Russian-made MiG-29 fighters. The reason the United States provided Iran with F-14 fighters at the time was because the Soviets gave Iraq weapons in 1972.

Iran and the United States were close back then — unlike now. Iranian fighters don’t stand a chance against the U.S. Air Force’s F-22 or F-35 stealth fighters. Neither does the Iranian F-14 carrying a Russian-built R-73 air-to-air missile stand a chance against a U.S. F-22 carrying an AIM-120 Amraam air-to-air missile. An F-14 can’t detect an F-22 from a far distance, and even if they were close to each other, the F-22 would notice the other first and target. Such is the case for all other fighter jets Iran operates.

What about Iran’s Army? There aren’t many roads from Tehran that pass through the mountain ranges to lead toward the southern coastal areas. Iran’s mechanized units, which are based in Esfahan and Natanz, would be attacked by U.S. fighter jets and attack helicopters if they were to take the mountain roads on the Zagros Mountains. If bridges on those mountains are destroyed, then transportation would even be worse. So Iran’s Army in the northern inland areas probably won’t be of much help if a war with the United States unfolds. Iranian Army units along the coastal areas, such as in Bushehr, could easily be crushed.

But it won’t be easy to eliminate Iran’s ballistic missiles within a short period. Iran has nearly 1,000 projectiles, including the Soumar cruise missile that can travel as far as 3,000 kilometers. Some missiles are stored 500 meters below ground in silos, making them less vulnerable to attacks. Using those missiles, Iran could attack Washington’s allies in the region, Israel and Saudi Arabia. There’s a low chance Iran would attack U.S. troops because it will be unable to track them.

Iran also has strong cyber-attack capabilities. In 2008, Iran put malware on USB thumb drives to steal secrets from the U.S. military and intelligence, and it took the Pentagon 14 months to remove the virus. That case is what led Washington to establish the United States Cyber Command. In 2012, Iran also launched a cyber-attack on Saudi Arabia’s national oil company, Saudi Aramco, which led to the firm discarding 300,000 computers. The United States came under attack again in 2011 when a U.S. RQ-170 Sentinel unmanned aerial vehicle was hacked and seized by Iranian forces during flight, and commandeered to land on Iranian territory.

When it comes to targeting Iran’s nuclear program, instead of having the U.S. Air Force carry out the mission, the United States could assign Israel to dismantle the major facilities such as the uranium enrichment plants in Natanz and Fordow, as well as the Esfahan Nuclear Technology Center. This plan is a realistic one, because, according to the U.S. Congressional Research Service, Israel has been watching Iran’s nuclear development with grave concern since about 2012, and has reviewed plans to target Iran’s main facilities.
Washington, however, needs more justification at this point if it were really to carry out a limited war. When the United States deployed an aircraft carrier strike group to the Mideast in early May, U.S. Acting Defense Secretary Patrick Shanahan said that it was to deter, not provoke, Iran. Two days later, Shanahan reported plans to the White House to send 10,000 more troops to the Mideast to beef up defenses against potential Iranian threats, according to the Associated Press.

In a closed-door briefing last week, U.S. Secretary of State Mike Pompeo said to congressional officials that the Iranian government was behind the recent attacks of civilian boats and pipelines of other nations around the region. In a Reuters poll conducted for four days from May 17, 73 percent of the American public responded that the United States should retaliate in case Iran attacks first. The question is whether the United States will wait for Iran to make the first punch. If Washington succeeds in its limited war, it will not only resolve a significant part of its concerns in the Middle East but also send a strong message to Pyongyang. It can also sever Iran’s support to terrorist groups such as the Houthi rebels, Hezbollah, Hamas, Palestine jihads, Taliban and Al Qaeda.

Oil prices will also increase once Iran starts to cut its output. In that case, the United States can lessen the disgruntlement of Russia — Iran’s major ally and the world’s second largest petroleum exporter — by helping it benefit from price hikes, while giving China — the world’s largest oil importer — more of a cost burden for oil. At the same time, Iran’s shortage of oil revenue could help dismantle the anti-U.S. Shiite coalition of Iran, Iraq, Syria and Lebanon, bringing peace to the Middle East. After all the uncertainties are cleared, the Trump administration is expected to return to denuclearization talks with North Korea. Given such a long list of attractive gains for the United States, the Trump administration can hardly resist the temptation of a military strike against Iran.