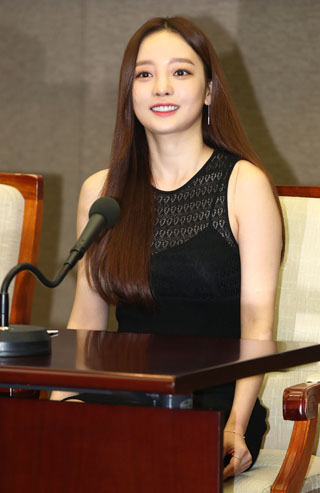 Singer Goo Hara, a former member of the disbanded girl group KARA, was found unconscious in her house after a suspected suicide attempt early Sunday morning.

According to the police, Goo was found by her manager in her house in Gangnam District, southern Seoul. The manager visited her home when the singer did not answer his calls. When he discovered her, she appeared to be unconscious and he immediately called the police. Smoke was detected in the house when the ambulance arrived.

Before the incident, the singer uploaded on her social media an image of a white background with the words “Good Bye” written across it. She quickly deleted the post seconds later. The singer was transported to the nearby hospital and is receiving treatment. Although she remains unconscious, her breathing and pulse are normal and she is expected to recover soon.

Although police have said that they could not confirm the reason behind the suspected suicide attempt, Goo has been facing difficulties due to a series of legal conflicts with her ex-boyfriend Choi Jong-bum, who filed a suit against her claiming that he was assaulted by Goo in September 2018.

Yet Goo filed a countersuit against Choi for secretly taking photos of her body without her consent and threatening her to upload the photos online.

Goo’s assault case was suspended considering the mental hardship she suffered due to Choi’s threats. Choi’s case regarding Goo’s photos are still ongoing, but since then, the singer has been cyberbullied and was struggling with negative and offensive comments about her in the media.