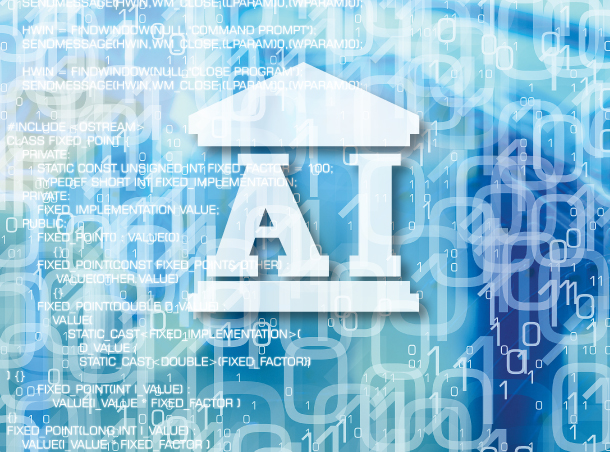 Bill Gates once said, “banking is necessary, but banks are not.”

Korean financial companies seem to agree as they push towards services that work without branches and many of the tradition trappings of established institutions. According to a Financial Supervisory Service (FSS) report released May 14, six out of every 10 of them have set up exclusive teams working on digitalization.

No. 1 on the list is the development of artificial intelligence-related offerings and capabilities - for which 38 projects are currently being undertaken. That is followed by robotic process automation (RPA) - at 37 projects - and then big data platform establishment, with 26 projects in the works.

Banks are the most aggressive, budgeting of 23.6 billion won on average for digital transformation. Credit card companies are committing an average of 5.3 billion won and insurance companies 3.2 billion won.

It’s not just the local banks. Foreign banks in Korea are also focused on digital transformation.

Standard Charted Bank Korea (SC Bank Korea) said as of April this year, 59 of its work processes are accomplished with the use of RPA systems. The bank said 42 processes related to retail and corporate finance management are accomplished with the use of RPAs, including the creating of internal and external reports, issuing transaction confirmations and delivering emails.

Not only is this system utilized to upload important information but also to automate asset management and expense settlement.

The bank said because of automation, it was able to improve efficiency roughly 80 percent, while headcount in the relevant areas was reduced by 20 percent.

SC Bank Korea first adopted RPA systems in 2017 in areas such as the management and recovery of debt. The bank said with the adoption of the processes, it was able to cut what would have taken 97 hours of work to 22 hours while enhancing efficiency and accuracy.

On the commercial front, SC Bank Korea introduced a mobile app in December last year where consumers can open an account without having to go to the bank. It is accomplished with a smartphone. The account can be used to invest in dollar assets. Considering the recent appreciation of the dollar against the Korean won, it could become a popular feature.

The bank last year introduced the nation’s first “keyboard banking” service, which this year was made available on iOS. This service is designed to simplify the process of accessing mobile banking.

All one needs to do is tap on the bank’s logo, which appears on the keyboard on any platform - whether that is a mobile messenger app, such as KakaoTalk, or social media, like Instagram or Facebook, and even a search engine, like Naver. This allows the person to conduct their banking business, whether viewing their account balance or wiring money to friends or business partners.

It doesn’t even require the sender to punch in the recipient’s account number.

Citibank Korea, another major foreign bank in Korea, is ramping up its own digitalized services. In 2017, the bank announced a next generation retail financial strategy, the main goal being to secure 80 percent of its new customers through online methods by 2020.

The bank is one of the early adopters of digital services in the industry. At the end of 2016, Citibank introduced “snapshot,” a mobile banking app that has simplified processes. It, for example, does not require troublesome authentication certificates.

In 2018, Citibank further simplified the process, so subscribing to the app takes only 30 seconds.

But the biggest digitization initiative undertaken by Citibank is to incorporate its digital applications with wealth management.

Since 2017, the bank’s app has allowed customers to monitor their net worth. Last year, that service was expanded. The My RM and My WM services pitch financial products customized based on the need of the user.

Since July 2018, the bank has been operating remote banking services for its top clients, those who have more than 200 million won in assets. Through this service, bank wealth management officials provide services to their top clients without the customers having to visit a branch.

The bank said since this service was launched, 75 percent of its wealth management clients have used it.

HSBC does not provide retail services in Korea. Its main target is corporate clients. In March, HSBC introduced a digital trade-finance platform, with transactions tracked through a blockchain technology. This technology not only saves time but also lowers costs, as trade transactions are monitored in real time.

HSBC has been at the forefront in applying blockchain technologies in its services.

The government will offer support “so that efforts that were built over the years will bear fruit and several global fintech companies will emerge,” said Choi during an event held at the Seoul Startup Hub in Mapo District, western Seoul.

Since the beginning of this year, the government has been aggressively driving the expansion of digital transformation, especially since President Moon Jae-in ordered the government to offer regulatory sandboxes.

In celebrating the first 100 days of the regulatory sandbox initiative on April 25, the government announced that 26 cases were approved for the temporary lifting of regulation. Of those 26, financial services accounted the most, with nine.

In February, the FSC announced an innovative financial infrastructure plan with open banking at the center. Open banking allows banks to easily share data on their customers with third parties.

Korea’s own open banking system is expected to be launched in December.

“The global competition on financial platforms, centered on financial payments, is intense,” said Yang Byung-kwon, a financial innovation official at the FSC. “We believe this will change the entire financial industry.”

Global mobile payment transactions have been growing an average of 20 percent annually.

In promoting the digitalization of finance, the FSC held its first three-day Korea Fintech Week at the Dongdaemun Design Plaza in central Seoul from May 23. There, local and foreign fintech companies, leading financial companies and research institutions demonstrated their latest financial services - which incorporated the advanced technologies, including artificial intelligence, blockchain, cloud computing and 5G connectivity which Korea successfully commercialized earlier this year - and held forums on global fintech trends.

Digital finance in Korea is growing at a rapid pace.

According to a report by the Economist Intelligence Unit, “The digitalization of commerce in Asia,” Korea ranked No.1 among 18 Asian Pacific countries when it came to young people utilizing internet financial services.

In Korea 89.4 percent of people who are 35 or younger said they have had experience with digital finance products. That’s more than 10 percentage points higher than in China or New Zealand.

Making a transfer these days is so simple that you don’t even have to know the account number of the person you’re wiring the money to, as all you need is their phone number.

On top of that, people today don’t even have to fire up their computers to buy or sell stocks. These transactions can be done on smartphones.

But while Koreans may be top in terms of accessing financial services, they still face limitations.

A Korean student surnamed Won who has been studying in Singapore’s Nanyang Technological University for two years said he has found the DBS Bank’s mobile banking app convenient.

The biggest difference is that he is been able to make purchases with QR code.

“The QR code system is really easy since I only have to input my OTP number the first time and don’t have to do it again,” Kim said, referring to the One Time Password. “It’s really convenient.”

While Kakao Pay and ZeroPay, which was established by the Seoul government, do utilize QR codes, the number of stores that accept them is still limited.

A Silicon Valley worker surnamed Kim said digital banking services are not much different between Korea and the United States, with the exception of security.

“In Korea, the individuals is responsible for their own security, whereas it is the responsibility of the financial companies in the United States,” Kim said.

As such Kim said in the U.S. one only needs to set up an ID, password and secret questions in opening a digital banking account.

In Korea on the other hand, one needs to have an OP card, activate the Active X controller and install the authentication certificate.

“And the Active X controller works on some operating systems and browsers and not on others,” Kim said.

He also mentioned the lack of services in Korea’s digital finance, noting that in the United States there is a wide range of fintech to choose from.

“There’s an app, acorns.com,” Kim said. “This app invests change left over from payments I have made,” he said. “In 28 months, I have been in the United States I was able to save $1,200, which felt like getting free cash.” There are other fintech financial companies that provide services for investing in cryptocurrency and others that customers to create their own ETF funds, such as Motif.

“It’s really was interesting since I could create my own ETF with only a $9 to $10 commissions every month,” Kim said.

Experts say digital finance is not only about paying or conducting banking services through mobile devices. It is also about providing intelligent investments through automated systems, especially with the help of artificial intelligence (AI).

Currently, when accessing mobile shopping platforms, such as Amazon, Alibaba or Korea’s own Coupang, an algorithm continues to offer products based on the customer’s search history.

But with the development of technologies, these services could expand to the point where photos are taken of the item, a connection is made with the shop selling the item and links are made with finance companies, with interest rates listed.

“AI is a transformative in that it will fundamentally change the way we do banking and financial services today,” said Don Tait, a principal analyst at IHS Markit. “It will lead to a greater understanding of the bank customers by properly analyzing their data. This will be in real time as well.”

The IHS Markit analyst said Korea has huge potential in the area, as it is the world’s third-largest country in terms of AI patent applications.

Lee Byung-yoon, a senior researcher at the Korea Finance Institute, said digitalization is essential in securing the future security of Korea’s financial industry.

“Under the Moon government, Korea’s financial system has improved significantly. Korea’s credit default swap, which is used as the indicator of a nation’s sovereign risk, has dropped while the growth of household debt, including credit card loans, has slowed,” Lee said.

“Stability of the financial system is most important,” Lee said.

He also noted the improvement in profits in the finance sector and increased financial support of SMEs and start-ups.

However, the researcher said the Korean financial industry still needs to enhance its own competitiveness.

In order to turn the situation around, Lee said financial companies need to pursue digital transformation.