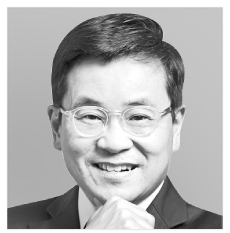 Park Chan-ho became the first Korean to play in Major League Baseball in 1994. At the time, U.S. media gave him the nickname “Orient Express.” Although Korean media referred to him as the “Korean express train,” U.S. journalists preferred “Orient Express.”

The nickname suited him, as it represented his dynamic pitching. But at the bottom of the expression was a doubt that an Asian athlete could do well in the United States and the bias that Asians are physically inferior to Caucasians.

Like in the case of Park, Westerners often have bias toward Asians. To them, Asians often have smaller physiques and slanted eyes.
According to the Korean dictionary, the term “the Orient” refers to the eastern region of the Eurasian continent, or the eastern and southern regions of Asia. Korea, China, Japan, India, Myanmar, Thailand and Indonesia are in the region.

Are all the people from the Orient small and weak? The term “oriental” once included such an image. At some point, “oriental” was used to downplay or insult Asian people.

That was why U.S. President Barack Obama signed a bill in 2016 to ban such derogatory terms as “Negro” and “Oriental” from being used to refer to minority groups in official U.S. documents. But discrimination against Asian athletes did not disappear. 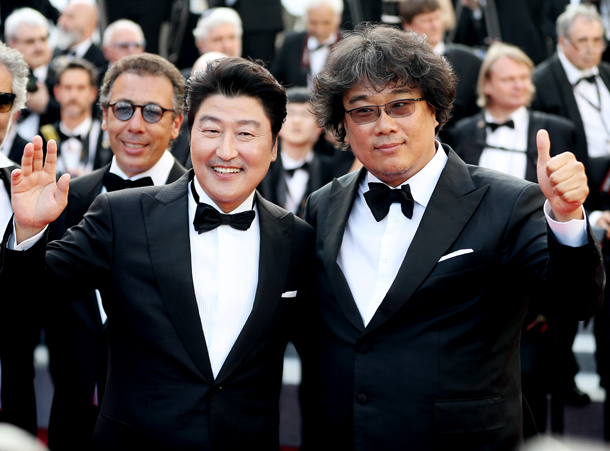 Director Bong Joon-ho, right, gives a thumbs up after winning the Palme d’Or at the 72nd Cannes Film Festival for his film “Parasite” with actor Song Gang-ho on Sunday. [ILGAN SPORTS]

For him, the method of overcoming discrimination and bias were his strong suits. Through his great performances, he became a top player for his team. His other weapons were his smile and his friendliness. British fans opened their hearts to his smiling face.

Son has become a rising star of Asia, and he is facing a big game on June 2 — the final match of the European Champion League will take place that day. It is the competition with the most prize money among all sports events around the world. This year’s winner will receive 19 million euros ($21.3 million), while the second place team will receive 1.5 million euros.

Ryu Hyun-jin of the Los Angeles Dodgers is a rising star in Major League Baseball. He is overwhelming sluggers with his accurate control and smooth flow. Ryu does not avoid sluggers. Instead of walking players, he tries to strike them out — many fans applaud his courage.

Sports stars are not the only ones who are demonstrating the potentials of Asians. When Son plays in the final match of the European Champions League in Barcelona, boy band BTS — the international K-pop sensation — will hold a concert at Wembley Stadium in London. It is hard to believe that the concert’s 90,000 tickets sold out in just 90 minutes.

Because fans from around the world are flying in to London for the events, many flights are also booked. K-pop has also become a proper noun listed in the Oxford English Dictionary.

Son will play in the final match of the UEFA Champions League, and Ryu currently has the best earned run average among all Major League pitchers. While BTS is enjoying popularity that rivals the Beatles, Bong Joon-ho became the first Korean director to win the Palme d’Or at the 72nd Cannes Film Festival on Saturday for his latest film, “Parasite.”

All these stories seem like dreams. Although our reality is gloomy, we are able to smile as we see these Korean superstars reach new heights.