The dignitaries and business leaders that attended the Korea Economic Forum on Monday at the Lotte Hotel Seoul in Jung District, central Seoul, were delighted to learn about the government’s plan to control Korea’s rising levels of personal debt.

The 13th annual economic forum, hosted by the Korea JoongAng Daily, is the only event of its kind that offers the diplomatic community in Seoul a communication window to interact with top government officials and leading financial companies in Korea.

As keynote speaker for the forum, Choi Jong-ku, chairman of the Financial Services Commission (FSC), discussed how the financial regulator could potentially expand its presence in a bid to better manage the high levels of personal debt as household debt continues to rise.

Some dignitaries thanked Choi for touching on how the central government can play a critical part in improving the lives of ordinary people. Irish Ambassador Julian Clare echoed Choi’s sentiment that the central government needs to play an expanded role to protect the lives of those who are forced to obtain unbearable amounts of debt in order to sustain their livelihoods.

“It was really interesting to know the government’s view on the debt issue that is related to people’s life cycle and livelihoods as the issue also concerns how people’s lives can be turned around,” Clare said.

“It is always really important to protect and be sensitive to the conditions of people’s livelihoods.”

Malaysian Ambassador Dato’ Mohd Ashri Muda agreed, adding that he is confident that the Korean government is working hard to tackle the problem. 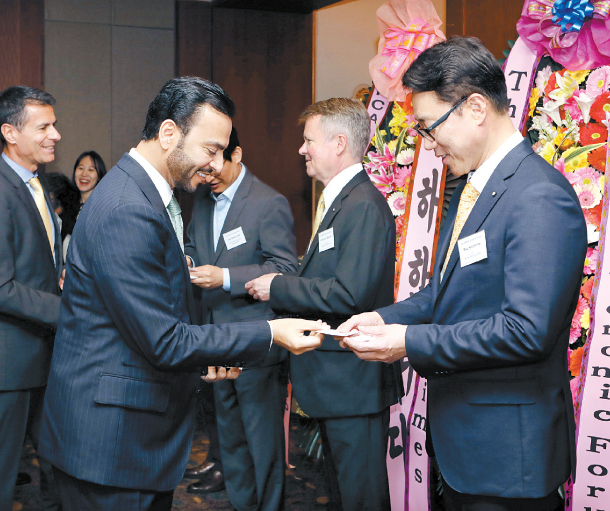 The ambassador added that the topic of rising personal debt is a problem that other economies like Malaysia can relate to as well.

“Economies are inter-related throughout the world today, so it is important to know how each country is addressing their economic issues,” the Malaysian ambassador said.

“In Malaysia, of course, our government has tried to overcome the problem of household debt and tried to review some projects to try to reduce the debt, which has been growing. We all know debt creates economic problems.” 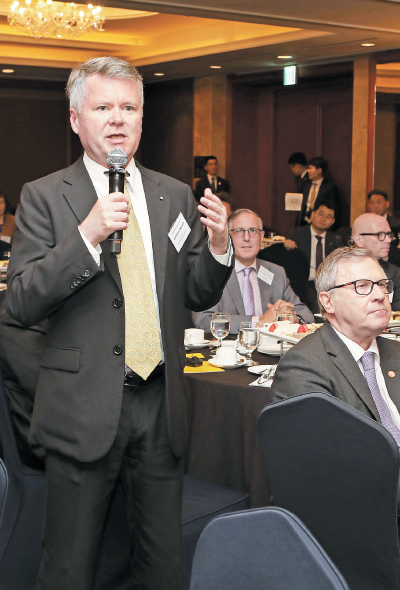 Many business leaders who attended the forum thanked Choi for speaking on the rising level of Korea’s personal debt, as resolving the issue is keenly related to opening a path to a healthy future for the Korean economy.

“The issue Chairman Choi discussed today was very informative and meaningful,” said Shinhan Bank CEO Jin Ok-dong. “I learned a lot today and look forward to attending a forum like this again in the future.”

Son Tae-seung, chairman at Woori Financial Group, thanked the FSC chairman for speaking on such an “uncommon subject.”

KB Kookmin Bank CEO Hur Yin agreed with the FSC chairman that the financial regulator’s duty as a mediator between borrowers and lenders is important in creating a healthy economy.

“[FSC Chief Choi Jong-ku] spoke about fundamental [economic issues],” Hur said. “I agree with the FSC chairman that keeping the balance between borrowers and lenders will contribute to strengthening the social safety network.” 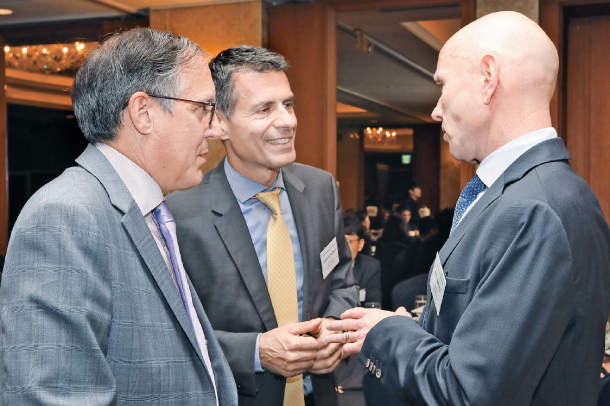 From left, Ambassador of Mexico Bruno Figueroa Fischer; European Chamber of Commerce in Korea Chairman and President and CEO of Mercedes-Benz Korea Dimitris Psillakis; and Ambassador of Norway Frode Solberg attend the Korea Economic Forum hosted by the Korea JoongAng Daily on Monday at the Lotte Hotel Seoul in central Seoul. [PARK SANG-MOON]