Chairman Choi Jong-ku of the Financial Services Commission gives a speech during the 2019 Korea Economic Forum in central Seoul on Monday. [PARK SANG-MOON]

Financial Services Commission (FSC) Chairman Choi Jong-ku presented his views on the government’s role in managing personal debt at the 2019 Korea Economic Forum on Monday as household debt continues to pile up in Korea.

Over 100 people - including financial leaders and foreign envoys - attended the 13th annual forum, which is hosted by the Korea JoongAng Daily, at the Lotte Hotel in central Seoul. The heads of the country’s four biggest banks were all present: Son Tae-seung, chairman at Woori Financial Group and CEO of Woori Bank, Jin Ok-dong, CEO at Shinhan Bank, Hur Yin, CEO of KB Kookmin Bank and Ji Sung-kyu, CEO of KEB Hana Bank.

The forum’s keynote speaker, FSC Chairman Choi, emphasized that the government and financial institutions must take a pre-emptive approach to protect borrowers from falling into default.

In addressing the speech, themed “Individual’s Debt: Government Perspective,” Choi made it clear that personal debt is no longer only an issue between financiers and borrowers.

“The notion of macro-prudential is spreading with a consensus that the debt issue should be addressed at a macroeconomic level rather than on each financial institutions scope,” the head of the regulatory agency said.

Chairman Choi Jong-ku of the Financial Services Commission delivers a speech during the 2019 Korea Economic Forum on Monday. [PARK SANG-MOON]

Macro-prudential regulation aims to mitigate risk to the financial system as a whole, also known as “systemic risk.”

The stance is in line with President Moon Jae-in’s push to cancel or relieve personal debt to help people who have struggled for a long time to pay relatively small amounts.

To counter the growing debt levels, Choi said that the regulatory agency will keep financiers on watch to make them consider both the credit risk and future affordability of borrowers.

“In order to properly assess one’s creditworthiness, lenders should take into account both credit risk and affordability to gauge financial distress in the future,” he said. “The financial institutions make lending decisions mainly based on credit risk.”

As Choi emphasizes a more accurate picture of creditworthiness, he called for more responsibility from financial institutions.

“For the loans held by low income-earners, we need to reflect the view of lenders’ responsibility in our regulatory framework,” he said. 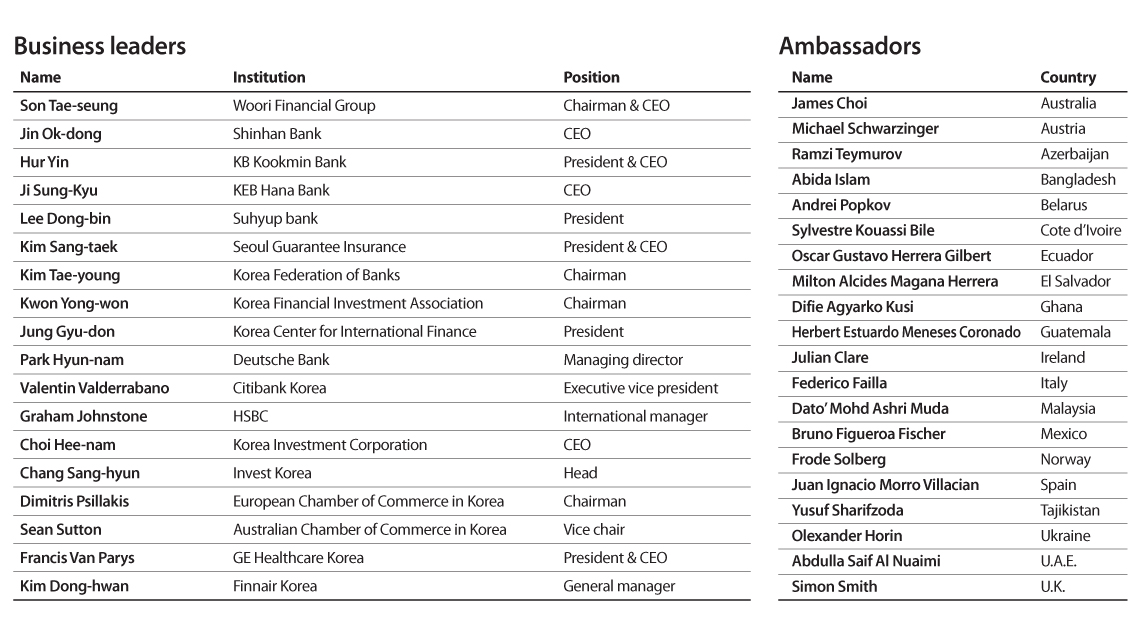 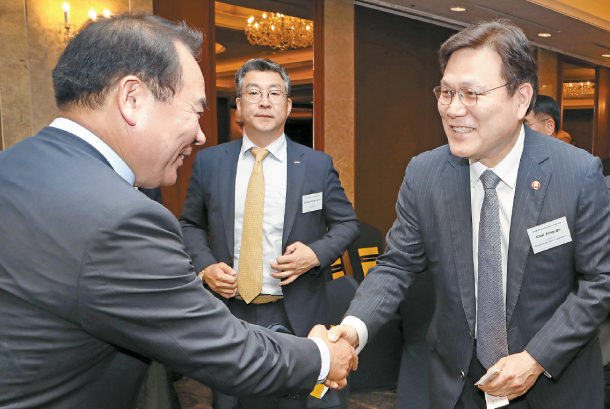 The chairman also dealt with a touchy problem linked to the government’s excessive involvement in debt restructuring - moral hazard.

But the need to address personal debt outweighs concerns for potential abuse of debt mitigation.

“Over the past 15 years, we’ve introduced debt restructuring programs that relieve more than half of the debt principal,” Choi said. “Such programs took into effect the shared confidence that the problems related to moral hazard and ‘strategic bankruptcy’ are not that serious.”

Only 30 percent of defaulters turned to debt adjustment, he said.

To make the case, the chairman briefly discussed the history of debt at the beginning of his speech and put Korea’s case in the historical context.

“Over the course of human history, the history of debt goes hand in hand with the history of community,” he said, “Debt was first created because of the community’s instinct for survival but later became a source of trouble through the evolution of civilization as it has been changed from debt as a means of mutual help to debt as money.”

He cited the Code of Hammurabi’s banning strict punishments for failure to repay a debt as a countermeasure against the harsh collection of debt.

Into the Renaissance, the work of managing money was considered immoral and supplementary to other industries, a perception that ran through into the 19th century, the chairman explained.

The thought started changing entering the 20th century, as people see borrowing as a flexible way of managing assets. Against this backdrop, however, Korea has developed its unique social and economic landscape of indebtedness.

“The Korean government virtually banned households from access to debt since it directly secured foreign loans and then allocated them to heavy and chemical industries during the post-war period,” he said, “But things changed after the 1998 Asian financial crisis. The government felt state-led money distribution was limited, which prompted financial institutions to go all out to sell loans.”

“There is a possibility of the rise in unlawful private moneylenders, especially when the growing use of the internet and social networking sites makes illegal transactions harder to detect,” he said.

One relevant policy for the problem, he says, is to cut the maximum legal lending rate that a lender can charge to borrowers. The current rate stood at 24 percent and the FSC said last year that it plans to further lower it to 20 percent.

Choi, however, stayed mum about a specific rate.

“We don’t have any assured answer about how much we should cut the rate,” he said. “But we will keep devising measures to strengthen punishment against unlawful lenders.”