Want to get a Palisade? Prepare for a long wait.

Want to get a Palisade? Prepare for a long wait. 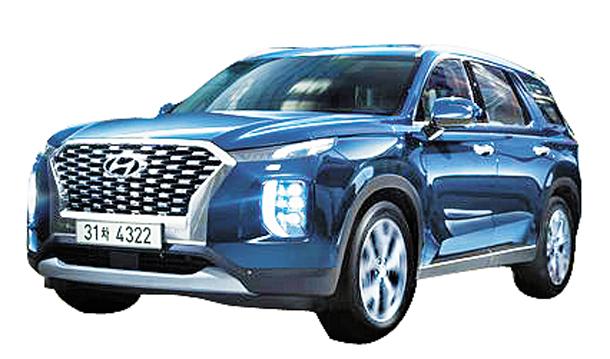 If you’ve ordered a Hyundai Palisade in Korea you can expect a very long wait.

Take the case of Kim, who lives in Gangnam District, southern Seoul. He ordered a diesel-engine Palisade with a premium trim at a Hyundai Motor dealership on May 9. Kim could expect to pay 48.26 million won ($40,660) for the car, but he wouldn’t be able to drive it until January 2020.

That might not have been the case if Kim lived in the United States.

Korean customers who want to buy the Palisade are complaining about the long wait before delivery. The new sport-utility vehicle (SUV) - which boasts six USB ports, eight seats, 16 cup holders and a publicity machine that includes everyone from BTS to Beyonce’s stylist - has proven incredibly popular and Hyundai has struggled to keep up with domestic demand.

Because of the unexpected popularity, Hyundai Motor started to increase production on April 1. A total of 6,240 Palisades were produced monthly before the increase, but 8,640 are now rolling off the production line, 38.5 percent more.

The initial flurry of orders after the car was launched has died down - after March, the number of orders was at around 5,000 a month, dramatically less than the 21,700 immediately after it launched - yet Hyundai is still struggling to keep up.

Despite production being up and orders down, around 38,460 customers had not received their cars as of the middle of May. Although production increased and new contracts were made, the number of released cars is almost the same. The number of customers who are still waiting for a Palisade fluctuated from 20,000 in December to 38,000 in February and hit 38,460 in May.

The main reason behind the delay seems to be a focus on exports. Hyundai Motor started shipments to the United States - the market where the Palisade was always expected to do best because of its huge size - in May. Before starting exports, Hyundai had to build up a significant stockpile of the vehicles so that its launch in the United States went off with a bang, not a whimper.

Hyundai will start sales of the Palisade in the United States in the third quarter.

U.S. customers who made a contract immediately after the car is released are expected to be able to receive their car within this year. Korean customers, on the other hand, won’t be able to get their car until next year even if they order it now.

“[Hyundai Motor] did not wisely plan on selling Palisades in the first place,” said a representative for the automakers union at the Korean Confederation of Trade Unions.

Before the release, Hyundai Motor actually expected to sell 25,000 Palisades this year. Since then, it has upped that estimate to 96,000 units. To match this, Hyundai will have to increase production for a second time.

The inflexible production structure is also a problem. The collective between Hyundai Motor and its union says that the company and union members will decide elements that influence employment conditions together. Deciding production quantities falls under that agreement.

The company says the labor union representatives at Ulsan Plant 4 did not want Plant 2 cutting in on their production as that had the potential to reduce the overtime pay for Plant 4 employees.

“The plan to additionally increase the production of the Palisade should be decided after comprehensively confirming how the U.S. government imposes taxes on cars and checking the current status of local sales and orders,” said an official from the labor union. “The company is just trying to make it sound like increasing production is hard due to the opposition of the union.”