‘Atlantic City’ shows dark side of Korean life in the U.S.

‘Atlantic City’ shows dark side of Korean life in the U.S. 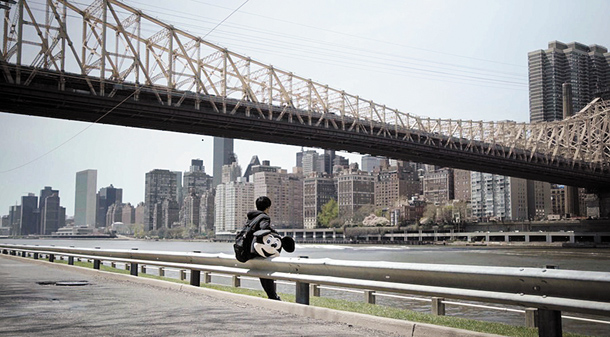 For some people, their time living abroad brings back happy memories, but for director Ra Ju-hyoung, life in the United States was difficult.

The director’s first feature film “Atlantic City,” which premiered at the 20th Jeonju International Film Festival in North Jeolla earlier this month, reflects the experiences Ra had while she lived in the United States for seven years working and studying for her master of fine arts at Stony Brook University in New York.

“The language barrier was the most difficult to break through,” the filmmaker said slowly during an interview with the Korea JoongAng Daily after the film’s screening.

“Actually, every moment living in a foreign country was difficult. I wanted to speak fluently in English without making any mistakes, but my language skills couldn’t follow my enthusiasm. And it’s really hard to get better, because no one tries to correct you [when you speak].”

Her experiences and the stories she had heard come across in the struggles that Min-kuk, a 17-year-old Korean boy, goes through in his journey to find his father, who disappears after he loses all his money in gambling. Although the four-member family had come to the United States with high hopes to settle down comfortably, everything falls apart as the father’s gambling addiction worsens.

The mother and sister go back to Korea, but Min-guk decides to stay and search for his father. However, there isn’t a place in American society for an underage boy who lacks communication skills, and he wonders around aimlessly in New York City trying to find his father. 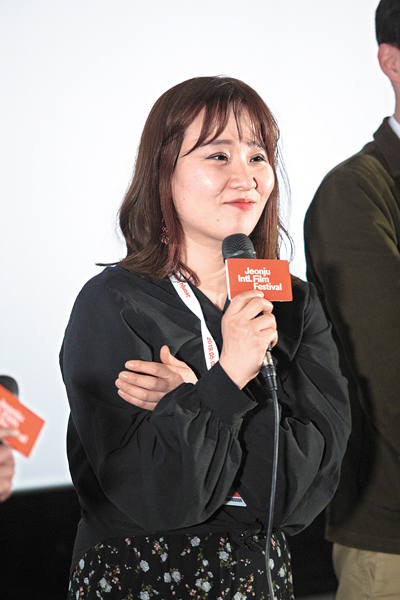 The film leaves many parts of the story open for the audience to interpret, which was intentional on the director’s part.

“I wanted it to be that way,” Ra said. “Because these are stories that I’ve seen and heard from many Koreans struggling in America. I didn’t want the film to put a label on it and say ‘this is Min-kuk’s story.’ They’re real episodes of lives borrowed in the form of his tale.”

For example, as Min-kuk cannot speak English fluently, he only lands odd jobs now and then. One of his jobs is to wander around Times Square dressed in character mascot suits, taking pictures with tourists and receiving tips.

Ra read about the job in a feature article published by the The New York Times. She was astounded to read that behind the masks of the smiling characters were immigrants who were often undocumented and the breadwinners of their families.

The character of Min-kuk was also inspired by the stories Ra heard.

“I heard that there was an underage boy roaming around alone in Chinatown because his parents were gone. Min-kuk’s character was born out of that story,” she said.

The young protagonist meets various kinds of people along his journey, and while some try to help, others try to use him for their own benefit.

However, he remains oblivious to their mistreatment and earnestly tries to adjust to life in a homeless shelter, but his innocence only further aggravates the desperation and loss of hope that marks the overall atmosphere of the film.

“Some might see the film and say Min-kuk’s story is exaggerated, as it may be very different from their own experiences,” said Ra. “But I truly wanted to voice the stories of outsiders who weren’t able to adjust [to life in the United States], the dark side of living in a foreign country that no one had tried to bring out for some time.”