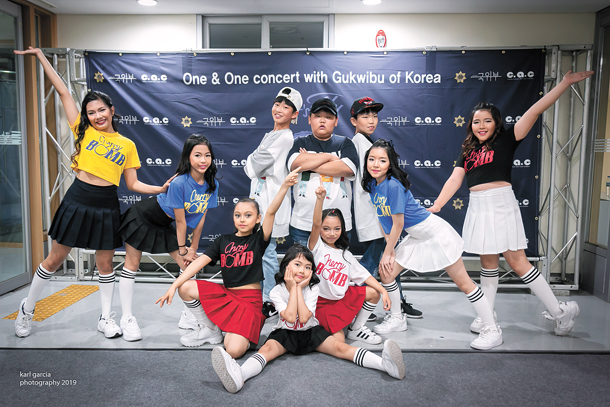 Filipino-Korean dance group Dream Key10z debuts on stage at the Jangchung Arena in central Seoul on May 24 during a concert organized by Healing Concert with Asian Children organizing committee. The 10-member group was formed in April by the Korea Cultural Diversity Organization and Filipino Korean Heritage Association, both headed by former National Assembly representative Jasmine Lee. [KOREA CULTURAL DIVERSITY ORGANIZATION]