The importance of details

The importance of details 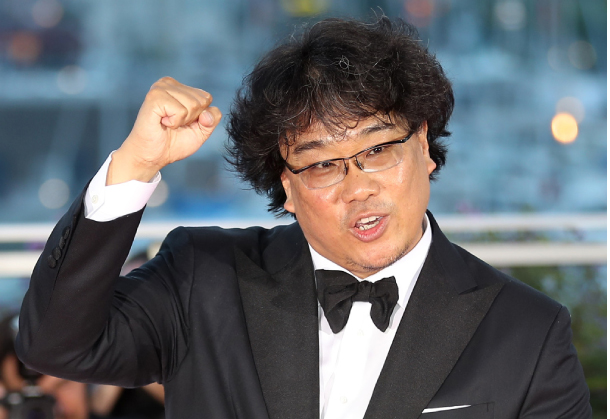 Director Bong Joon-ho holds up his fist after winning the Palme d’Or at the 72nd Cannes Film Festival for his film “Parasite.” [ILGAN SPORTS]

KIM SEUNG-HYUN
he author is a deputy political team editor at the JoongAng Ilbo.

He is known for his attention to detail and is often called “Detail Bong.” He is meticulous and thorough, and represents his thoughts and messages on almost all cinematic elements, including lines, actions, props and backgrounds. He doesn’t like the nickname, but it has become his signature.

In an interview after winning the award, Bong said, “A sharp dagger behind the laughter in the audience, that’s what I like.”
Anyone who has watched his films would understand this feeling and method. “Memories of Murder” was a crime thriller that was entertaining and moving at the same time, though the criminal was not caught. “The Host” was a monster film about irrationality and humanism set on the Han River. With “Parasite,” Bong’s genius finally charmed the Cannes Film Festival.

The opposite to Bong’s details that earned him a standing ovation is Korea’s politics. Here, detail is often considered the devil. On current issues — such as inter-Korean affairs, the economy, regulatory reform and normalization of the National Assembly — leadership often bumps into the wall and cannot find the details to overcome it. In April 2018, President Moon Jae-in said that the biggest challenge on the denuclearization of North Korea was overcoming “the devil in the details.”

At the opening of the provisional session of the National Assembly in March, Speaker Moon Hee-sang said he was worried the citizens may think the devil is not in the details but in the party interests and partisan politics. The ruling and opposition parties are celebrating Bong’s triumph, and I hope that they come to understand what world-class details really mean.