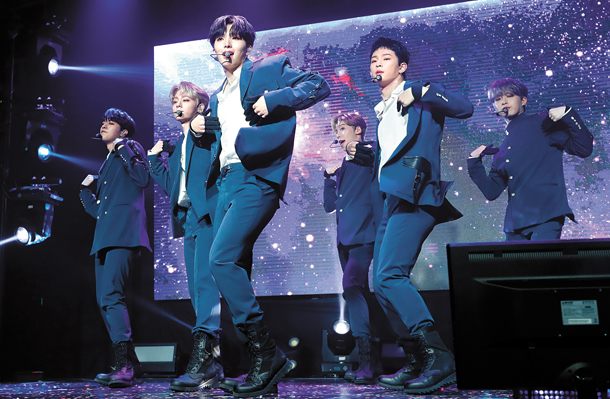 Boy band Oneus performs songs from its second EP, “Raise Us,” on Wednesday at the Hongdae Muvhall in western Seoul. The six-member band made its debut in January with its EP “Light Us” and proved itself a promising rookie when its debut single “Valkyrie” climbed the charts. [NEWS1]